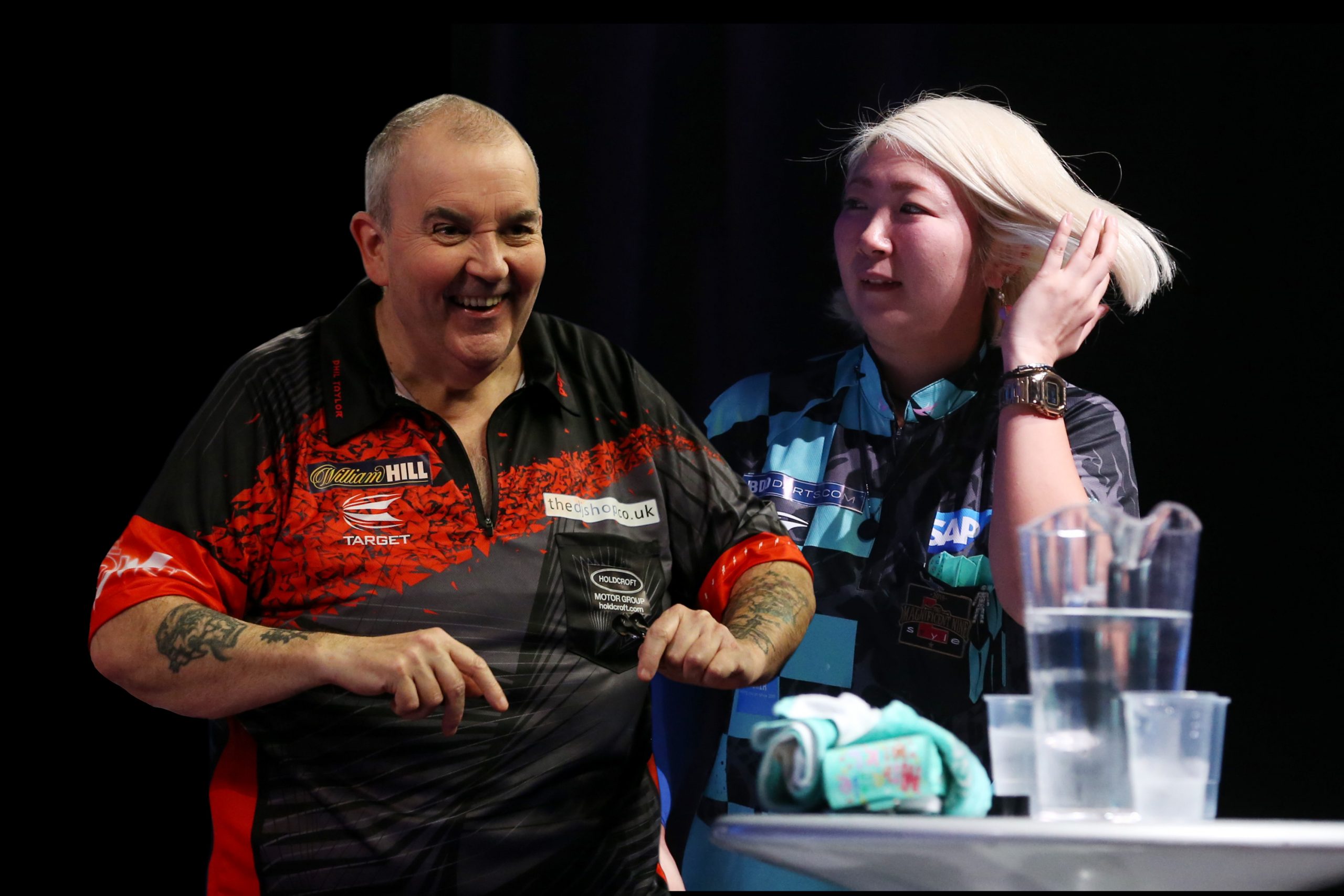 16-time champion of the world Phil Taylor will face two-time women’s world champion Mikuru Suzuki in a soft-tip showdown on Thursday from the comfort of their own homes.

Taylor, 59, recently renewed his rivalry with Raymond van Barneveld in a similar showing. It was the Dutchman who reigned victorious in a match which raised £15,000 for health workers.

Really looking forward to this one,for those who don't know this girl can really play its gonna be a cracker. pic.twitter.com/nN3AqP2NuT

Taylor has tried his hand at the soft-tip version of the sport in the past, while Suzuki is renowned in Japan thanks to her successful exploits in the soft-tip game.

Both Taylor and Suzuki were set to grace the prestigious Super 16 stage in Tokyo in early March, but the tournament was postponed due to growing concerns of the coronavirus pandemic.

The pair will now collide, despite being separated by roughly 6,000 miles, on their shared manufacturer’s admired electronic dartboard in a best of 13 legs match with traditional 501 rules.

In a showdown dubbed as ‘The Battle of the Sexes’, Taylor will compete from his home in Stoke-on-Trent, while Shikoku’s Suzuki will dial in from the residence in which she has been situated throughout lockdown alongside her family.

Similar to the Taylor versus van Barneveld clash, Champions League of Darts sponsors Paddy Power will be donating £1,000 to charity for every maximum struck in the encounter, as well as £200 for every single-dart finish.

The darting doyen will be representing the NHS charity Heroes, while ‘The Miracle’ has opted to represent Peace Winds – which supports those threatened by conflict, poverty or any other turmoil in Japan.

It's happening this Thursday at 19:00. Watch it right here. @PhilTaylor v Mikuru battle it out in Darts From Home match to raise money for their chosen charities. #GameOn @paddypower #TargetDarts #Darts #PhilTaylor #MikuruSuzuki pic.twitter.com/NjGI1GIEU0

The anticipated match will be available to watch via both Target Darts and Paddy Power‘s social media platforms and broadcasted on Sky Sports from 7pm on Thursday evening.