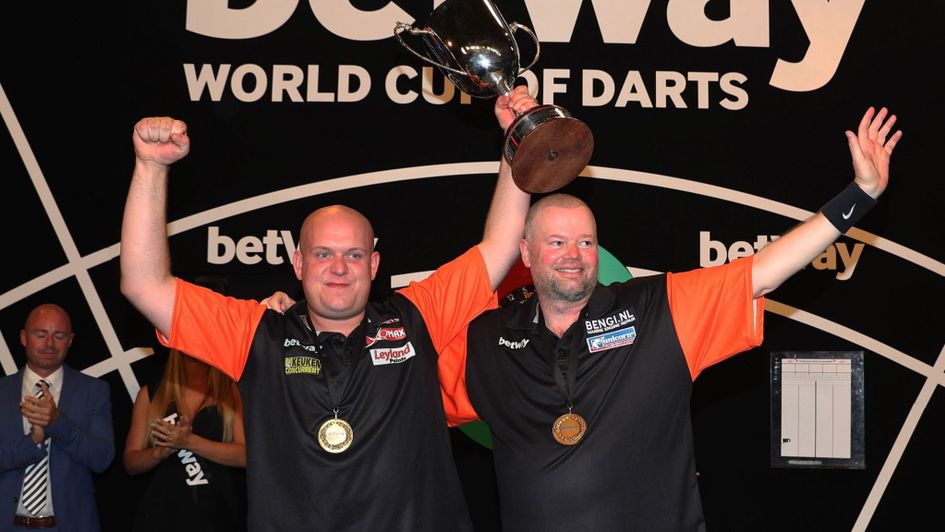 World Cup of Darts – Who Should Go?

We all love the World Cup of darts, but we also admit that despite being fun, it is not quite up there with other world cups in terms of rousing national pride. I was in Italy when they won the 2006 World Cup, and then in Egypt when they won the African Nations Cup two years later. And in each case, the party was unbelievable!

Sorry, England, your football players are (so far) a long way from making you all this happy! Cairo was a wash with flags, colour and literally millions of people on the streets celebrating like they would nothing else. I bought a flag for a homeless guy, for the next few hours he danced and celebrated alongside the rich as if he had become one of them.

We darts fans can handle it, but let’s face it, our version of the World Cup is not quite football.

But does this mean we don’t want our country to win?

When players are selected for the WCD it goes on the Order of Merit, which is certainly not a bad way of doing it, in truth. But does it always result in the best players turning out, and should there be some scope for a selection committee having the right to choose players who are playing the best at the moment?

I would say, yes!

At the time of writing, Rob Cross rightfully takes his place as the first English player, having proved beyond doubt that his World Championship status more than suits him, but the second player is as yet undecided.

Which leads me to the main point of this article.

Now I mean no disrespect to Dave Chisnall. Chizzy is a great player and a great guy who would be up there doing his best for English darts fans, and he has the game to beat most opponents (any of them, on his day). But can England really make a case for selecting a player who is out of form over a player so in form, in the shape of Michael Smith?

The OOM may not lie, and Dave Chisnall is the second highest ranked English player on merit. But this means he has been the Number Two over the last two years. Not right now – plain to see. Even when at his best a year ago and playing in the Premier League he failed to set it alight like Bully Boy has, the latter playing the darts of his life.

Given a different selection system, we would be preparing to see Cross and Smith line up against the Singaporese, Welsh, Brazilians etc, really believing they stood every chance of going all the way.

Like I said, I am not saying all this to imply that I do not think Dave Chisnall is up to the job, and if he or James Wade take their place alongside Voltage, fans will still probably feel pretty positive about England’s chances. We have some great players, right down the Top 32. Good luck to whoever goes.

But put Michael Smith in there and we will have two of the Top 4 Premier League players; one a solid dependable player who does not crack under any pressure, the other a wizard who is probably the second best player in the world at the moment. Not only would this maximise England’s chances, it would also get the crowd going.

And may I just add, as I am now learning Chinese, trying to get to my dream of speaking 10 languages, I wish Momo and her team mate all the best, not just to win, but to rouse that little bit of national pride needed to keep darts on the Chinese sporting landscape.