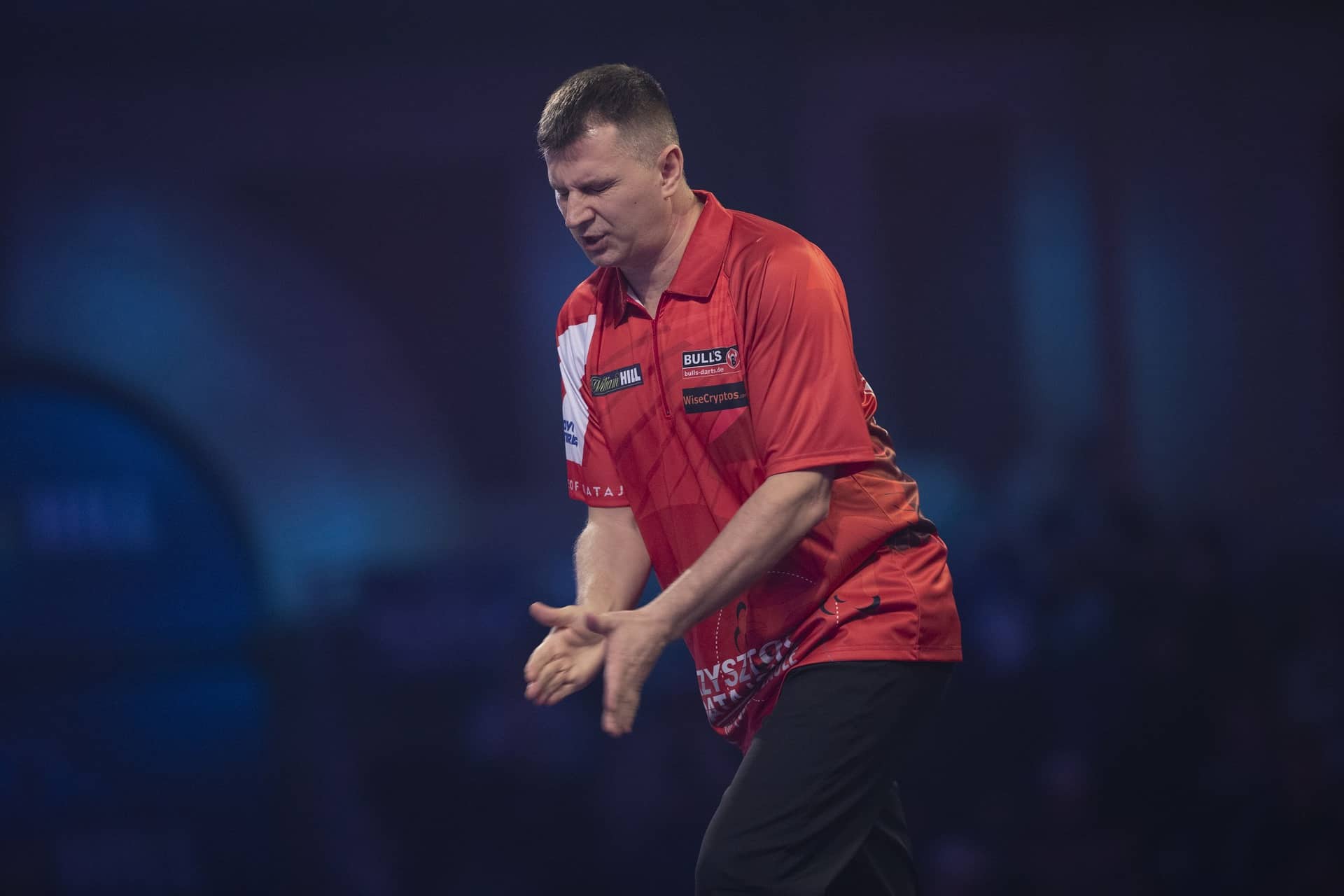 After Fallon Sherrock created history for a second time in a matter of days on Saturday evening at Alexandra Palace, the William Hill World Darts Championship resumes with the third round commencing.

Nathan Aspinall and Krzysztof Ratajski will contest a potential thriller in north London, while multiple major champions Michael van Gerwen and James Wade also grace the stage on super Sunday at the arrows.

The coverage will take place from 12.30pm, with the millions of viewers around the world being fixed to the Christmas spectacle.

Jonny Clayton only drops three legs on his way to a whitewash victory over Jan Dekker! pic.twitter.com/Cbq9ZhZMw3

Both Jonny Clayton and Stephen Bunting’s second round clashes couldn’t have been more difficult. Clayton dropped just two legs in a whitewash win over Jan Dekker, while Bunting came through a tie-break thriller with Jose Justicia of Spain.

Clayton averaged 95.16 and pinned 60 per cent of his attempts at the outer ring in a dominant performance.

The Welshman would have hoped for better major appearances this year, with early exits in the Players Championship Finals, World Matchplay, European Championship and World Grand Prix, whilst failing to qualify for the Grand Slam of Darts.

Although, ‘The Ferret’ did manage to clinch his third PDC title in lifting a Players Championship event in Barnsley, beating Gabriel Clemens in the final.

As for Bunting, he pinned two ton-plus checkouts and 10 maximums in denying a determined Justicia to reach the second round for just the second time in four years.

He reached quarter-finals at both the World Matchplay and Players Championship Finals, as well as the final of the inaugural Czech Darts Open in Prague.

Darius Labanauskas and Alexandra Palace have emerged as a deadly duo since the Lithuanian became the first from his country to appear on the historic stage.

Labanauskas has landed famous victories over Raymond van Barneveld and Ian White in recent years, and has materialised into a real threat in this tournament.

Max Hopp will be thoroughly up against the Lithuanian, who dominated the PDC Nordic and Baltic tour this year winning four titles, but the German’s confidence will remain high after coming through a nip and tuck affair with Benito van de Pas.

Hopp became the first German to win a PDC title at the German Darts Open in April of last year, and was expected to kick on from that feat, though, that hasn’t quite happened.

The 23-year-old, who despite his vast experience is still eligible to play on the PDC Development Tour until August, became the first German to win at the World Matchplay in July.

Well, what a game that was!

When Nathan Aspinall stumbled across Krzysztof Ratajski at the World Series Finals in Amsterdam, it emerged as a potential match of the season.

‘The Polish Eagle’ swooped on Aspinall, averaging 104.19 compared to his opponent’s 103.37 in what can simply be described as a thrilling contest.

The pair have crossed tracks once before other than the Amsterdam meeting, with Ratajski reigning victorious on that occasion also in the final of Players Championship 17 in Wigan.

Both survived brief scares in their second round clashes, with Ratajski retuning from the behind to deny Zoran Lerchbacher, while Aspinall battled back in terrific style in seeing off American debutant Danny Baggish.

It would have been to be quite some spectacle to better that of their World Series Finals match, although, if both world class operators get going on Sunday afternoon it could very much do so.

He hits the fourth 170 of the tournament to get back into this second set!

Top quality tungsten from him and Kyle Anderson so far!#WHDarts #Darts

Both James Wade and Steve Beaton have remained ever-present features in the World Darts Championship since the former made his debut, aged 21, in 2005.

Wade received no problems at all in brushing aside Ritchie Edhouse in round two, while Steve Beaton and Kyle Anderson served up a terrific tussle, with Beaton pinning a 170 checkout en route to victory.

Amongst Wade’s achievements within the sport lies a rather absurd record. ‘The Machine’ has never reached the final of the World Championship, losing in three semi-finals and the quarter-finals on an additional four occasions.

Wade defeated Beaton 4-1 at this very stage in the both the 2007 and 2012 World Championships, with those victories being two of 20 over the Bronzed Adonis.

? A shocking night of darts has a fitting finale as Kim Huybrechts whitewashes Rob Cross 3-0 in sets!

After a relatively poor season on the professional circuit, all will be forgotten for Kim Huybrechts with a deep run at his ninth World Championship.

‘The Hurricane’ has been forced to wait over a week for his third round clash with Danny Noppert after handing Rob Cross a heavy blow last Saturday.

Noppert saw off a courageous young in Callan Rydz to make the third round for the first time in his career after losing 3-0 to Max Hopp last year on debut.

The former BDO World Championship finalist reached his first televised final under the PDC umbrella as he defeated the likes of Ian White, Gary Anderson and Dave Chisnall to make the World Series Finals final.

Despite Noppert having played on the circuit for two years, the pair have never met in a professional match, with Sunday’s clash being the first.

WHO ELSE BUT VAN GERWEN?

Michael van Gerwen fires in a 170 finish to level this match up at one set apiece! pic.twitter.com/PQbIIlpzri

After surviving a slight scare at the hands of Jelle Klaasen in the second round, Michael van Gerwen will return to the Alexandra Palace stage, hoping to lay down a marker on his title defence.

The world number one averaged 96.28 and missed 14 attempts at the outer ring, but has had well over a week to put things right after playing his second match on the opening night.

As for Evans, he was scintillating in convincingly thrashing Mark McGeeney in round two. ‘Rapid’ nailed the 170 to seal his third round spot and set up a quick fire showdown with van Gerwen.

WHAT A WAY TO WIN IT!

Ricky Evans reels in a 170 finish to defeat Mark McGeeney 3-1!

Van Gerwen holds a strong record against Evans as he does against many players in the top echelons of the game, with the world number one leading 8-1 in the head-to-head.

‘Mighty Mike’ won the pair’s only staged meeting during this year at the Austrian Darts Championship quarter-finals, before he was denied by Mensur Suljovic in the final.

Beaton rolls back the years as MVG breezes through