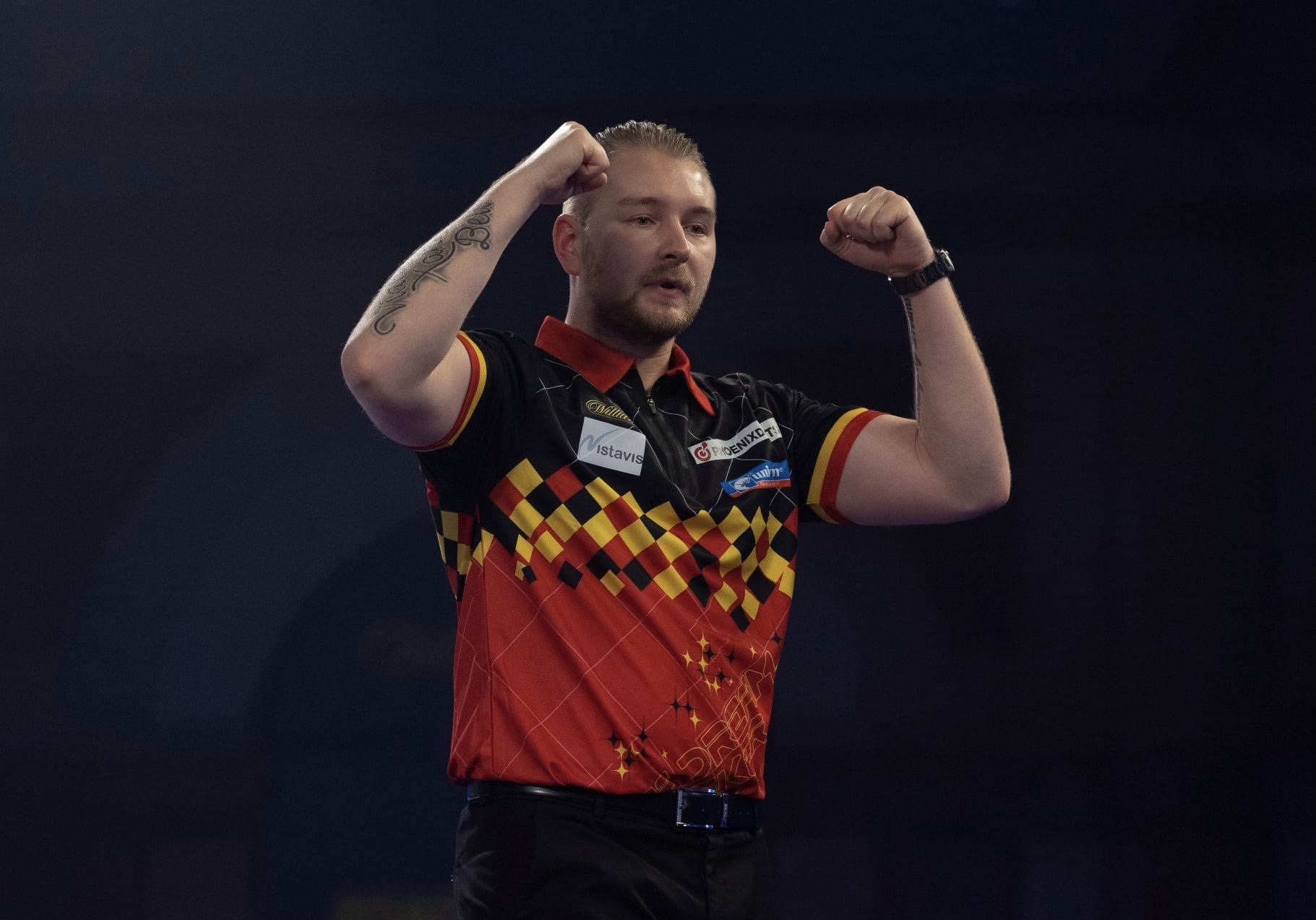 Day 13 of the World Darts Championship sees the field dramatically cut, with the final eight players in the hunt for the Sid Waddell Trophy being confirmed by the end of play.

World number one and tournament favourite Michael van Gerwen survived two match darts from Joe Cullen, before winning 4-3 in a last leg shootout from 3-1 down to make it into the last eight on Tuesday evening.

The three-time champion is joined by ​Krzysztof Ratajski, who similarly defied match darts in overcoming Gabriel Clemens to become the first Polish player to ever reach the quarter-finals.

They can sit back and relax whilst the rest are put through their paces on Wednesday. Henry Deacon previews each remaining fourth round contest, and provides his predictions.

Gurney produced one of the best performances of his career on Tuesday afternoon when he overcame Chris Dobey.

‘Superchin’ averaged 101, and hit five 180s on his way to victory against the 22nd seed Dobey, and will need to be close to those levels against a resurgent Van der Voort.

‘The Dutch Destroyer’ cruised past Nathan Aspinall in the third round. A 4-2 victory to progress, having spent Christmas in a hotel room with Michael van Gerwen, and he will be determined to make a missed festive period with his family worthwhile.

Victory for the Dutchman will see him into a third World Championship quarter-final, with his last coming five years ago.

The pair met at the World Matchplay in July, where van der Voort prevailed 11-5 in the second round.

This could be a real treat, a clash between two players who have found some real form at Ally Pally this year, with both knowing a pathway to the semi-finals of this competition has been blown wide open.

A win here for ‘The Bullet’ will match his best run at the PDC’s showpiece staging, where he made the quarter-finals on debut.

Searle has had a good 2020, and has shown his floor form on the biggest stage in the sport, having performed well leading up to the tournament but failed to get the results.

‘Heavy Metal’ has already dismissed Jeffrey de Zwann and Kim Huybrechts in this tournament, that after coming through a gruelling first round encounter with American youngster Danny Lauby.

Gary Anderson takes on the red-hot South African Devon Petersen to finish off the afternoon session at Alexandra Palace.

Anderson was involved in the most controversial collision of the tournament so far when ‘table-gate’ occurred in his 4-3 victory over Mensur Suljovic on Monday.

With the shenanigans of that game fully behind him, the two-time champion faces the reigning German darts champion, who has been in scintillating form since the post-lockdown restart in the summer.

Petersen reached the European Championship semi-finals in early November, and defeated both Steve Lennon and Jason Lowe to reach this stage, but his doubles may need to improve.

This will be his third appearance in the last 16 in north London, having been unsuccessful on the previous two occasions. His last was two years ago, and he will feel confident ahead of his game with the Scotsman.

A game with the potential to prove anything, the most dangerous unseeded player in the field, Van Duijvenbode, has shown he is a match for anyone in this tournament.

A last leg shootout victory against Rob Cross was followed up by a clinical display in the last round, beating the immensely talented Adam Hunt in whitewash fashion with a 104 average.

His opponent, Glen Durrant, is beginning to show the signs of the calibre of player which won the Premier League in October.

‘Duzza’ averaged 95 in his 4-2 victory over Danny Baggish, and had to hold off a late charge from the American qualifier in the process.

Should both play to their mean averages so far, it has the potential to be electric.

Mervyn King has been a man reborn in recent weeks. Having missed darts to reign victorious at the Players Championship Finals in November, he has followed that form into the World Championship.

It was a demolition of Jose de Sousa for King in the last round, hitting eight 180s and averaging 103 in the process, whitewashing the newly-crowned Grand Slam of Darts champion.

Price didn’t have things all his own way in his previous match against Brendan Dolan, and had to ride his luck at times to get past an unfortunate Northern Irishman.

With the world title and the tag of world number one on his radar, he will see King as a difficult obstacle on his path towards his darting dream.

Outside world’s numbers one and three, Van den Bergh has arguably played the darts of the tournament. Seemingly untouchable at his best, he’s taken his best form into a competition he always seems to have success in.

Twice a quarter-finalist at this event, victory over Dave Chisnall would make it a hat-trick of last eight appearances.

The World Matchplay winner averaged a stunning 106 in his first round win over Paul Lim, before backing it up with a solid 95 last time out against Jermaine Wattimena.

Chisnall overcame the dangerous Danny Noppert in Tuesday evening’s opener, and with a quick turnaround, he can ill afford to have any hangover from his comeback victory to get past the world number nine.