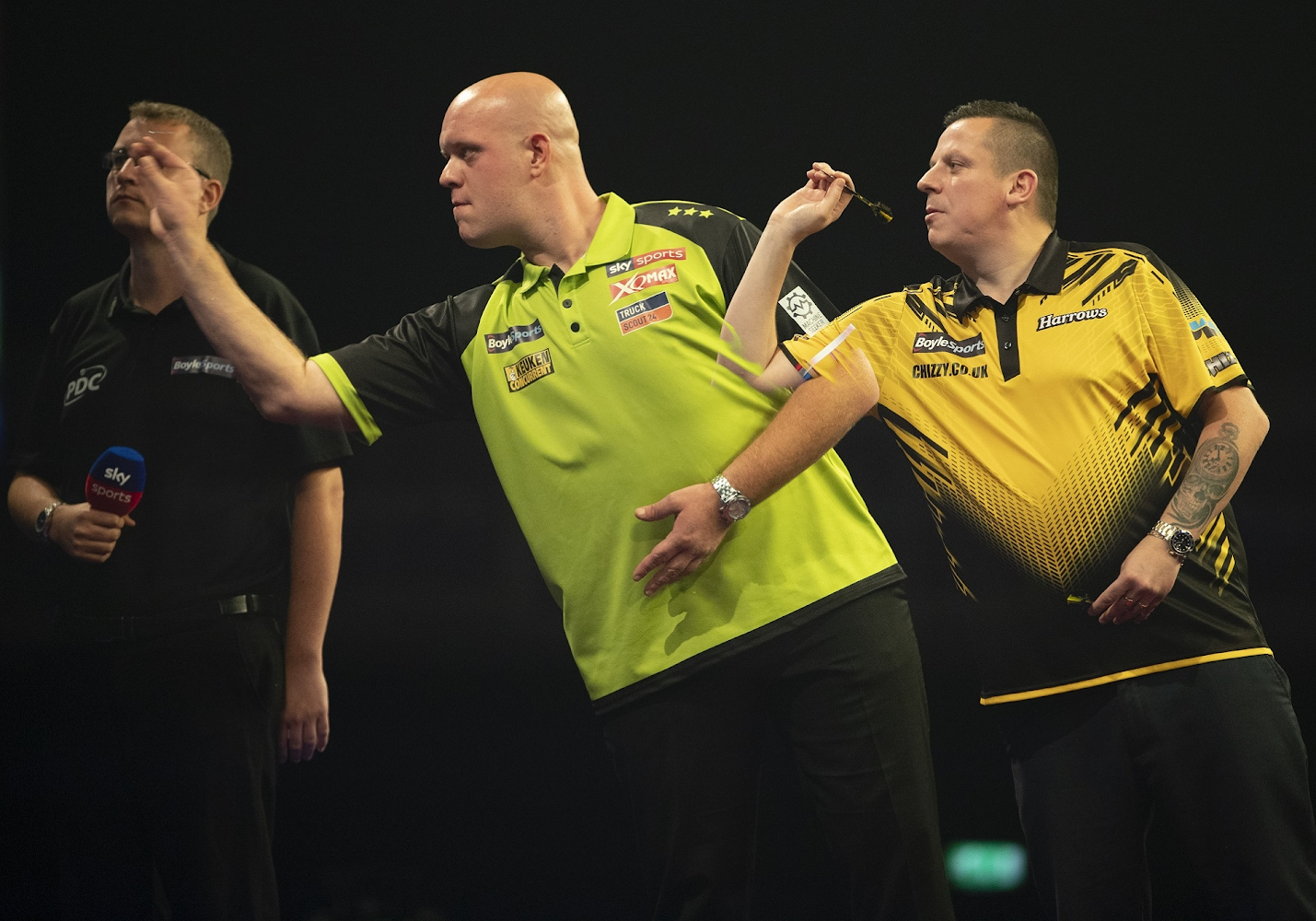 A tournament filled with darting drama from the outset nears its conclusion at the People’s Palace, with the hopes of two former champions remaining intact.

Three-time champion Michael van Gerwen and Gary Anderson – a winner in 2015 and 2016 – have the opportunity to add to their title hauls, but six players will be vying to stop them in their tracks.

Ahead of a mouth-watering day of quarter-final action at Alexandra Palace, Ben Hudd previews each of the four matches and provides his predictions.

Krzysztof Ratajski versus Stephen Bunting – it’s not a potential contest that leaped off the page before the tournament commenced in London, though, both players have deserved their place in the last eight.

Bunting, a BDO world champion almost seven years ago, is preparing for his second PDC World Championship quarter-final, six years after missing out to Raymond van Barneveld in a thrilling affair on debut.

The 35-year-old overcame a coronavirus setback in the early winter months, which saw him miss the World Grand Prix, but Bunting is now refreshed and rejuvenated ahead of one of the biggest matches in his career.

Merseyside-based Bunting came through deciding leg tussles against Andy Boulton and Ryan Searle, sandwiched with an impressive victory over James Wade, and Poland’s Ratajski will prove another tricky customer.

Ratajski, who celebrates his 44th birthday on New Year’s Day, is slowly transforming his scintillating floor standards to the biggest stages, and reaching the quarter-finals of the sport’s showpiece tournament is another step on his admirable journey.

It’s an intriguing collision between two former World Masters champions, with the opportunity of featuring in the World Championship final four awaiting the victor.

You know that you’ve reached the big time when you are expected to reach televised quarter-finals, and Dutchman Dirk van Duijvenbode has certainly emerged as one of those players in recent months.

Nevertheless, his opponent and two-time world champion Anderson knows how to reign victorious at Alexandra Palace, and the Scotsman is grounding out results despite performing far from his brilliant best.

Anderson has thrashed both Madars Razma and Devon Petersen to reach this stage, and also came through a closely contested yet controversial clash against Austrian Mensur Suljovic.

His campaign has been overshadowed by commentary complaints and grumbles surrounding tables, but the esteemed Scotsman’s focus will need to be fully on his game against an ever-dangerous Dutchman.

After reaching the final of the World Grand Prix in October and two further televised quarter-finals later in the year, Van Duijvenbode continues to build on his stunning season after only regaining his professional status at Qualifying School in January.

Van Duijvenbode alluded to Anderson as his hero following his progression to the last eight, and ousted the doyen of Scottish darts in the quarter-finals of October’s World Grand Prix in Coventry.

Considering Daryl Gurney came into his eighth appearance as a player on the cusp of world’s top ten, very few gave him a sniff of hope in terms of reaching the latter stages of the prestigious competition.

Gurney, a former World Grand Prix and Players Championship Finals winner, now stands just three victories away from getting his hands on the Sid Waddell Trophy, but as does world number three Gerwyn Price.

In contrast to Gurney going under the radar in recent weeks, Price has been unable to do so and has been directly in the limelight, with many selecting him as their eventual champion before the tournament commenced.

‘The Iceman’ has somewhat lived up to expectations, surviving slight scares against Welsh compatriot Jamie Lewis and Brendan Dolan, before brushing aside Mervyn King in a one-sided fourth round encounter.

Gurney, meanwhile, fended off a valiant comeback from Irishman William O’Connor in his opener, prior to relatively comfortably dealing with tricky opponents in Chris Dobey and Vincent van der Voort.

According to Darts Tracker, Gerwyn Price has landed nine ton-plus checkouts in the tournament thus far – which is two more than any other player. That particular statistic could prove the telling factor, given his two meetings with Gurney this season have ended stalemate.

Can anyone stop the world number one? Joe Cullen staked his claim in the fourth round, constructing a 3-1 advantage, but Van Gerwen turned the tables and dug himself out of immense trouble.

Unlike in previous years, the three-time champion has been thoroughly tested in each of his three matches, with the unseeded Ryan Murray and Ricky Evans performing reasonably well, despite gathering just a solitary leg between them.

Van Gerwen’s concentration and composure under pressure has been exceptional throughout the tournament so far, and those elements of his game will need to remain flawless against the dangerous Dave Chisnall.

Two-time quarter-finalist Chisnall has never exceeded this stage of the sport’s flagship competition, and his record against the world’s best is extremely displeasing, taking into account his obvious ability on the dartboard.

Chisnall has failed to run out victorious against the world number one in over seven years in front of the televised cameras, though, he did manage four wins on the ProTour between 2015 and 2016.

Van Gerwen is currently enjoying a 27-match unbeaten streak against the world number eight, with the most recent of those coming in last season’s World Grand Prix.