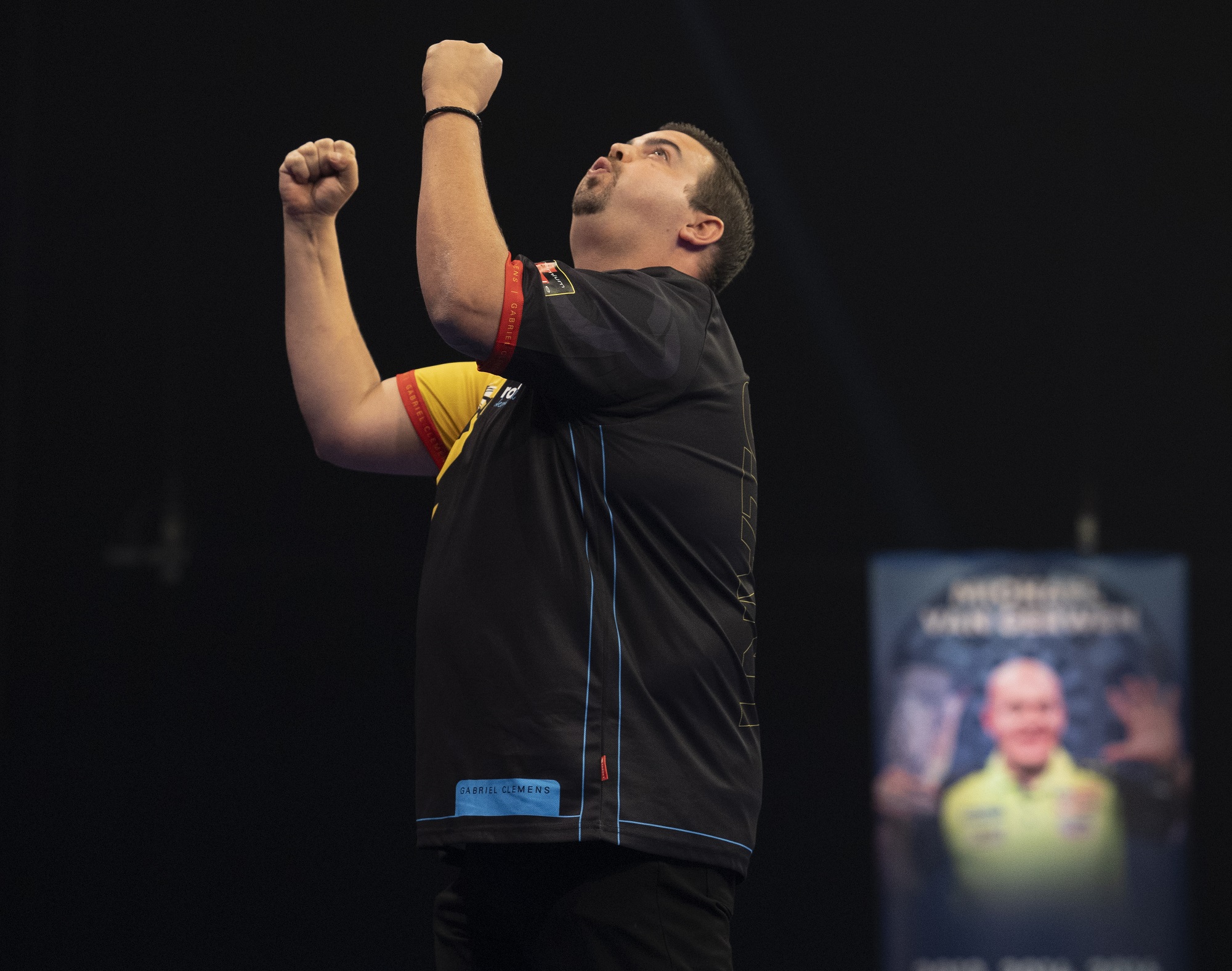 Gerwyn Price headlines Friday’s session at the World Grand Prix as the second round is set to come to a conclusion at the Ricoh Arena in Coventry.

Only one of the eight seeded competitors has booked their place in the quarter-finals in Michael van Gerwen, with Price aiming to join the world number one.

The Welshman faces Belgium’s Kim Huybrechts in the penultimate match of the second round, while his fellow countryman Jonny Clayton locks horns with Joe Cullen.

Both Joyce and Chisnall performed outstandingly in the opening round in Coventry, with the two each seeing off players who will compete in the Premier League Play-Offs on Thursday evening.

Newcastle’s Joyce pulled off one of the biggest shocks in the history of the double-start tournament to overcome reigning world champion Peter Wright, while Chisnall averaged 102.85 in seeing off Glen Durrant.

The pair meet for the first time in professional darts, and both will be vying to emulate their impressive first round displays.

Whitlock reached the quarter-finals on Thursday evening and De Zwaan will want the same thing heading into his tough match against the highly-rated German Clemens.

Clemens pulled off another stunning scalp in the first round as he overcame Nathan Aspinall, while Jeffrey de Zwaan edged past Jamie Hughes an affair of a lower standard.

De Zwaan has somewhat surprisingly won both of their previous meetings with relatively comfortable victories in a ProTour semi-final and at European Qualifying School two years ago.

Huybrechts’ record against Price is a rather impressive one compared to most, with the Belgian number two having won five of their eight previous encounters.

Friday will see the pair contest their first meeting since February of last year, with the majority of Huybrechts’ wins coming against Price before he developed into the player he currently is.

The Welshman might have beaten Jermaine Wattimena 2-0 in the opening round, but the scoreline flatters Price, with his win being far from convincing.

Huybrechts battled past former finalist Brendan Dolan in the first match of the tournament, but similarly to Price performed from his usual brilliant best.

In one of the most closely-matched contests of the round, world number 18 Clayton faces world number 21 Cullen in a mouth-watering way to bring the curtain down on the second round.

Cullen has ousted the Welshman on four occasions, but the former Austrian Darts Open champion defeated him on the both the remotely contested PDC Home Tour and on stage at the UK Open this year.

Cullen averaged in excess of 92 in overcoming former champion Daryl Gurney in round one, while Clayton continued his good form in denying Ian White to record his maiden double-start victory.

If both players find their range and rhythm, Friday’s culminating showdown could emerge as a Grand Prix classic, and missed doubles will almost certainly prove decisive.