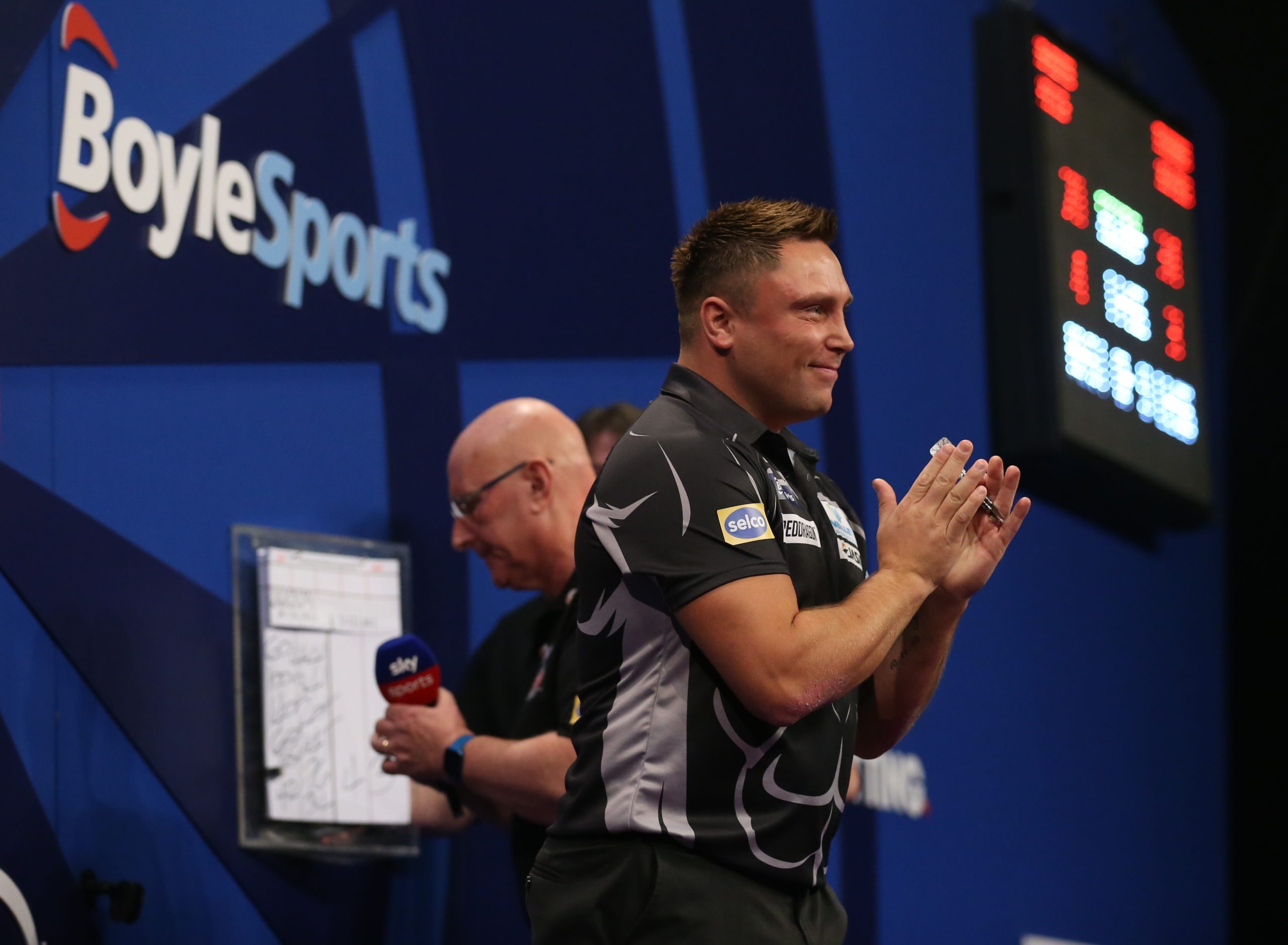 There is a bumper session of action in Coventry on Wednesday evening as the remaining nine first round matches take place in the World Grand Prix.

Two of the favourites for the tournament, Peter Wright and Gerwyn Price, take to the oche, while Dave Chisnall faces Glen Durrant in a blockbuster clash.

Simon Whitlock and Jeffrey de Zwaan are set to make their tournament bow at the end of the night against Chris Dobey and Jamie Hughes respectively, providing they return negative Covid-19 tests.

Former finalist Dolan, who hit a nine-darter during that run in 2011, meets Kim Huybrechts in the evening’s first match.

The Belgian narrowly snuck into the field and also has pedigree at this tournament, having reached the quarter-finals in 2016.

It’s a chance for both players to collect a relatively rare win on TV, with the winner to face Price or Jermaine Wattimena on Friday.

Recent German Darts Championship runner-up Clayton takes on an Ian White, who is yet to return to his best since the enforced coronavirus shutdown.

He has made a couple of semi-finals on the floor, but hasn’t quite found that relentless scoring that we saw at the start of the season.

Wales’ Clayton hasn’t won a game in his two appearances at the Grand Prix, but he will fancy his chances of changing that here.

One of the highlights of the first round is also a repeat of a semi-final from last year, where ‘Chizzy’ came out on top to reach his second final in the event.

The Morecambe thrower played some stunning stuff in Hildesheim recently, but fell in the quarter-finals to an inspired Clayton.

‘Duzza’ has made a habit of winning games in the big majors, and a run in Coventry would see him move closer to a top 10 debut.

‘Superchin’ is one of only two former champions still in the field, and he meets Joe Cullen, who has only won one match in four campaigns at the Grand Prix.

Both have had fairly inconsistent seasons, with a brilliant run to the latter stages of an event followed by a very poor display and a first round defeat.

‘Rockstar’ is within touching distance of a return to the top 16, so it should make for an interesting affair.

World champion Wright was handed one of the more favourable draws he could’ve received, with Joyce having done very little since his shock win at the Summer Series. 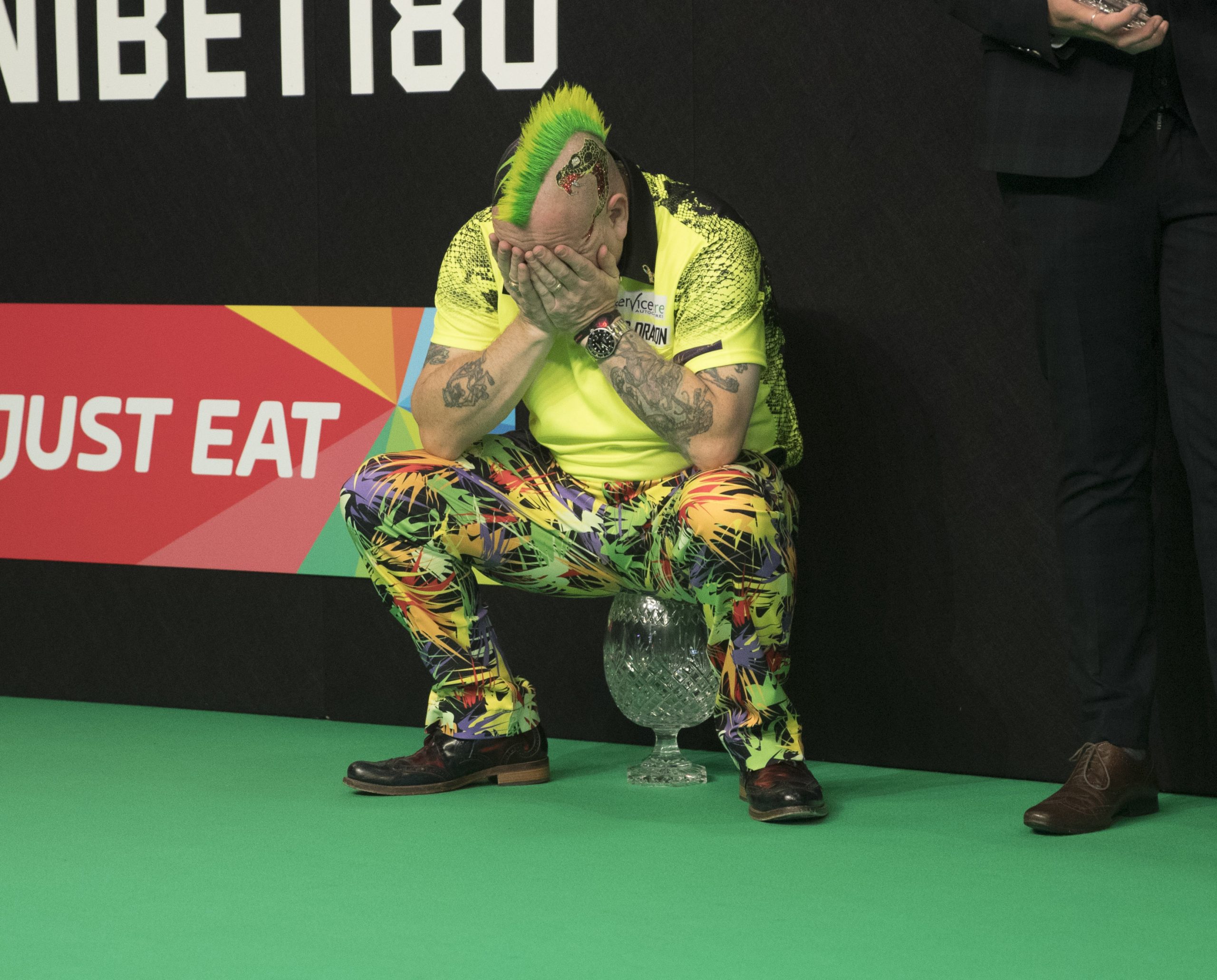 Wright after losing in the final two years ago (Photo: Lawrence Lustig/PDC)

This is one of a handful of televised events that ‘Snakebite’ has got to the final of and not won, so he will be desperate to go on a run at the Ricoh Arena.

Wright has a 100 percent record against the north-east man, so the odds are firmly stacked in his favour.

In form Price has only reached the last eight once at this event, so will be looking to put that right after his recent winning streak of 17 matches was ended by Devon Petersen.

Dutchman Wattimena embarked on a surprise run to the quarter-finals last time around, and could create problems for Price if he can find that form.

It’s also a big game in the race for the second Dutch World Cup of Darts spot, with the ‘Machine Gun’ currently sitting £13,500 behind Danny Noppert.

Former UK Open champion Aspinall got to the quarter-finals on debut last year, but has a tricky task in the form of German number two Gabriel Clemens.

Clemens beat Rob Cross at the recent World Matchplay, and has seen off ‘The Asp’ on three previous occasions.

It’s quite a favourable section of the draw, so there may be extra pressure on these two to perform.

Neither of these players would have had ideal preparation for this one, with Dobey being told about two hours before he was due to play on Tuesday that his opponent had tested positive for coronavirus.

Whitlock would’ve found out at the same time, although it’s a huge boost for him in terms of the rankings as this will see him overtake Lewis even if he loses tonight, and regain his spot in the world’s top 16.

If ‘The Wizard’ can play like he did at the Matchplay, and Dobey can produce the darts that saw him reach the last four in 2019, we could be in for a treat.

Similarly to the aforementioned Whitlock, Dutchman De Zwaan has also been pulled in as a late replacement, taking the spot of Stephen Bunting.

However, he has struggled with injury recently and suffered a disappointing defeat in the semi-finals of the World Youth Championship last week.

Hughes has had a solid if not spectacular year, so whoever wins this could see it as a springboard to a much more pleasing end to the season.