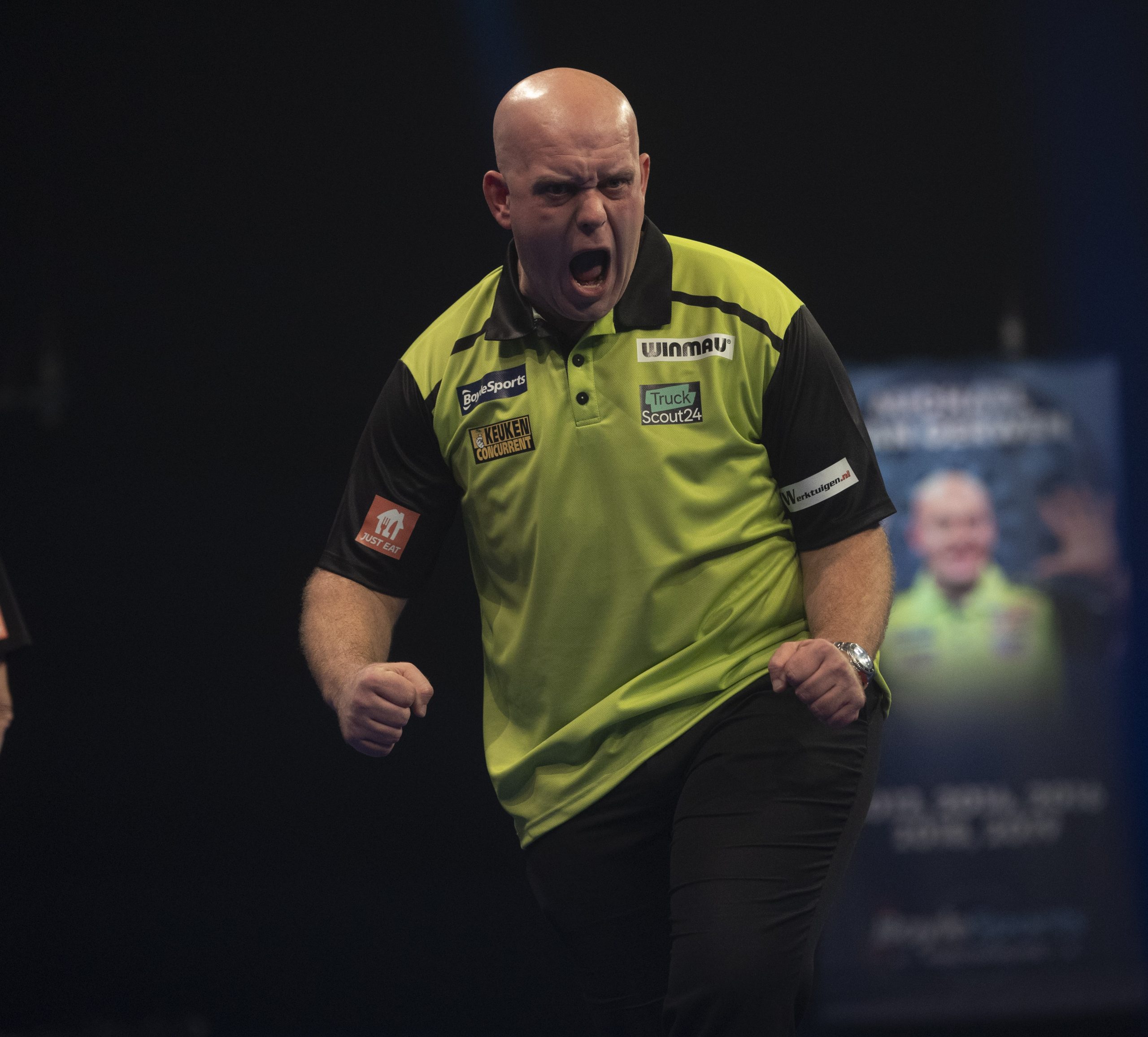 Only eight players remain in the reckoning for World Grand Prix glory as the double-start staging reaches the quarter-finals on Saturday evening in Coventry.

Michael van Gerwen and Gerwyn Price were the only seeded competitors to survive the opening round, and the darting juggernauts are on course of setting up an enticing final.

Former finalists Dave Chisnall and Gary Anderson will be vying to dismantle their hopes of meeting in the final, as will Joe Cullen who is experiencing his deepest double-in run.

Debutant Dirk van Duijvenbode will be hoping to continue his inspired vein of form, while late replacements Simon Whitlock and Jeffrey de Zwaan have grasped the opportunity with both hands.

Without being disrespectful to Van Duijvenbode, as that’s far from the case, if you’d have offered Anderson a showdown with the flamboyant Dutchman in the quarter-finals, he’d have bitten your arm off.

Anderson has overcame both Rob Cross and Danny Noppert to reach this stage, while his opponent has defeated two esteemed talents in Van den Bergh and Suljovic.

Despite not having the pedigree of the other few players Anderson could have faced, Van Duijvenbode should not be underestimated but will need to up his performance levels that extra ounce if he is to challenge the two-time world champion.

Chisnall’s love affair with the World Grand Prix a rather strange one. The two-time finalist is far from renowned for his doubling expertise, but the double-start format bizarrely brings the best out of him.

The St Helens man has the second best tournament average of those remaining, behind only the world number one, while his opponent Cullen has the best finishing efficiency and most maximums.

Cullen has ousted both Daryl Gurney and Jonny Clayton with averages in excess of the 92 mark, whereas Chisnall averaged 102.85 in denying Glen Durrant before surviving seven match darts against Ryan Joyce.

‘Chizzy’ should probably be back at home now resting up ahead of a busy end to the season, but he remains in the reckoning and will be hoping to record a fourth win over Cullen in their first encounter for four years.

If you’d asked defending champion Van Gerwen if he’d like a rematch with Whitlock ahead of the tournament, he’d have said it was impossible. But two positive coronavirus cases meant the Australian would step in, and the world number one now has the chance to gain revenge.

Whitlock dumped the Dutchman out of the relatively recent World Matchplay, though, Van Gerwen has since then opted to change back to his old faithful arrows and has rediscovered his form.

The five-time champion survived a scare in the opening round at the hands of Krzysztof Ratajski before breezing past Devon Petersen, while late replacement Whitlock has thrived on the opportunity with wins over Chris Dobey and Mervyn King.

Whitlock has beaten Van Gerwen just six times across their 41 meetings, and thankfully for the former European Championship winner, he ended a 16-match losing streak in July in Milton Keynes.

Having fought hard in a match that was closer than the 2-0 scoreline suggested against Jermaine Wattimena, world number three Price upped his standard significantly in brushing aside Kim Huybrechts.

He now faces former World Matchplay semi-finalist Jeffrey de Zwaan – who, like Price, is experiencing his deepest run at the Grand Prix after stepping in as a replacement for the Covid-stricken Stephen Bunting.

De Zwaan has produced a scintillating quality thus far in the tournament, almost certainly his most promising stuff since his struggles with an ongoing shoulder problem during and just after the lockdown period.

Price will take oodles of confidence from his dominant win on Friday evening as will De Zwaan after thrashing Gabriel Clemens, and a Grand Prix classic could on the horizon.