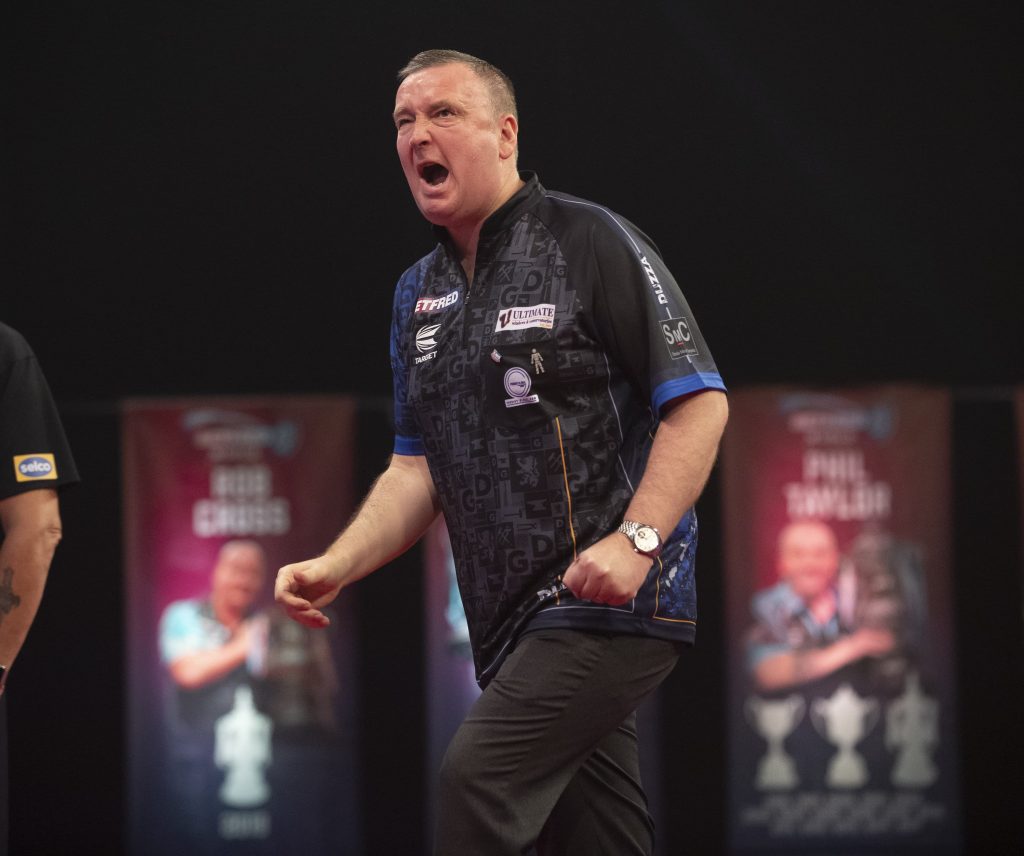 Glen Durrant and Dimitri Van den Bergh joined both Michael Smith and Gary Anderson in the semi-finals of the Betfred World Matchplay on Friday evening in Milton Keynes.

The Dutchman was seen shouting at referee Kirk Bevins at the end of the match after he was reprimanded for a foul underarm throw in the latter stages of the game.

Having held leads of 10-5 and 12-8, van der Voort then found himself trailing 15-14 and chasing towards the end, having dominated the Premier League leader.

Van der Voort made the breakaway midway through the match after a fairly even opening passage.

From a 6-4 second break lead, he won session three 4-1 to open up a five-leg gap between the players at the halfway stage.

During that run came the first controversial moment of the game when one of Durrant’s points snapped as he went to retrieve his darts from the board, ‘Duzza’ needed a fresh dart and a new board was put on stage.

Following a back and forth exchange which saw each other hold throw, the Dutchman found himself 12-8 in front going into the final session.

After both players missed a raft of doubles in leg 21, Durrant eventually pinned double one to reduce the gap to three, with a comeback well and truly on the cards.

The Teessider pulled it back to 12-10, with van der Voort’s slender advantage being maintained, until Durrant found a break with a 66 checkout to restore parity at 14 apiece.

After hitting the bull to complete a 92 outshot, Durrant then moved on the brink of victory, and piled the pressure on the shoulders of the Dutchman – who was making his second Matchplay quarter-final appearance, eleven years after his first.

Van der Voort then forced extra-time – where neither could find that killer blow until leg 34 when Duzza pulled together back-to-back legs to seal a 18-16 win. 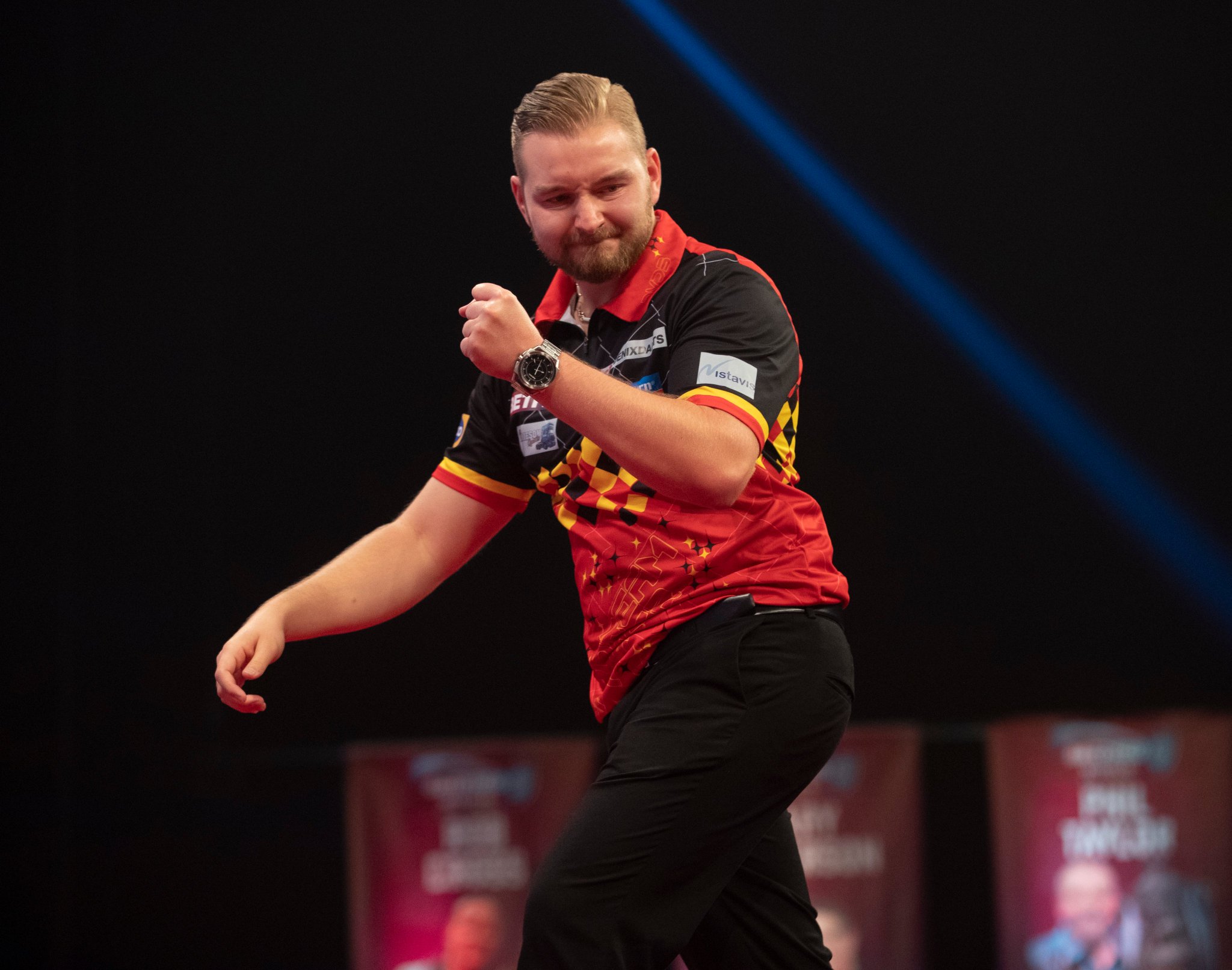 Durrant will face Van den Bergh in the last four after the Belgian followed in his footsteps in making the semi-finals on debut, after defeating Adrian Lewis.

The game was set alight very quickly as in just the third leg, ‘The Dream Maker’ hit a 164 outshot to take an early lead.

But, a rejuvenated Lewis came back with a big outshot of his own, a 161 to make it 6-2 – that only after his opponent had missed the bullseye for the big fish.

However, the gap would increasingly widen to 8-2 before too long as Van den Bergh converted a terrific 108 checkout.

A spate of holds meant the six-leg gap was maintained until Lewis went on a run to bring the score back to 11-8.

No matter what Jackpot could throw, the Belgian kept him at arms length and sealed victory in leg 28, coming out a 16-12 winner.

The Betfred World Matchplay resumes on Saturday evening as the semi-finals take place at the Marshall Arena in Milton Keynes.