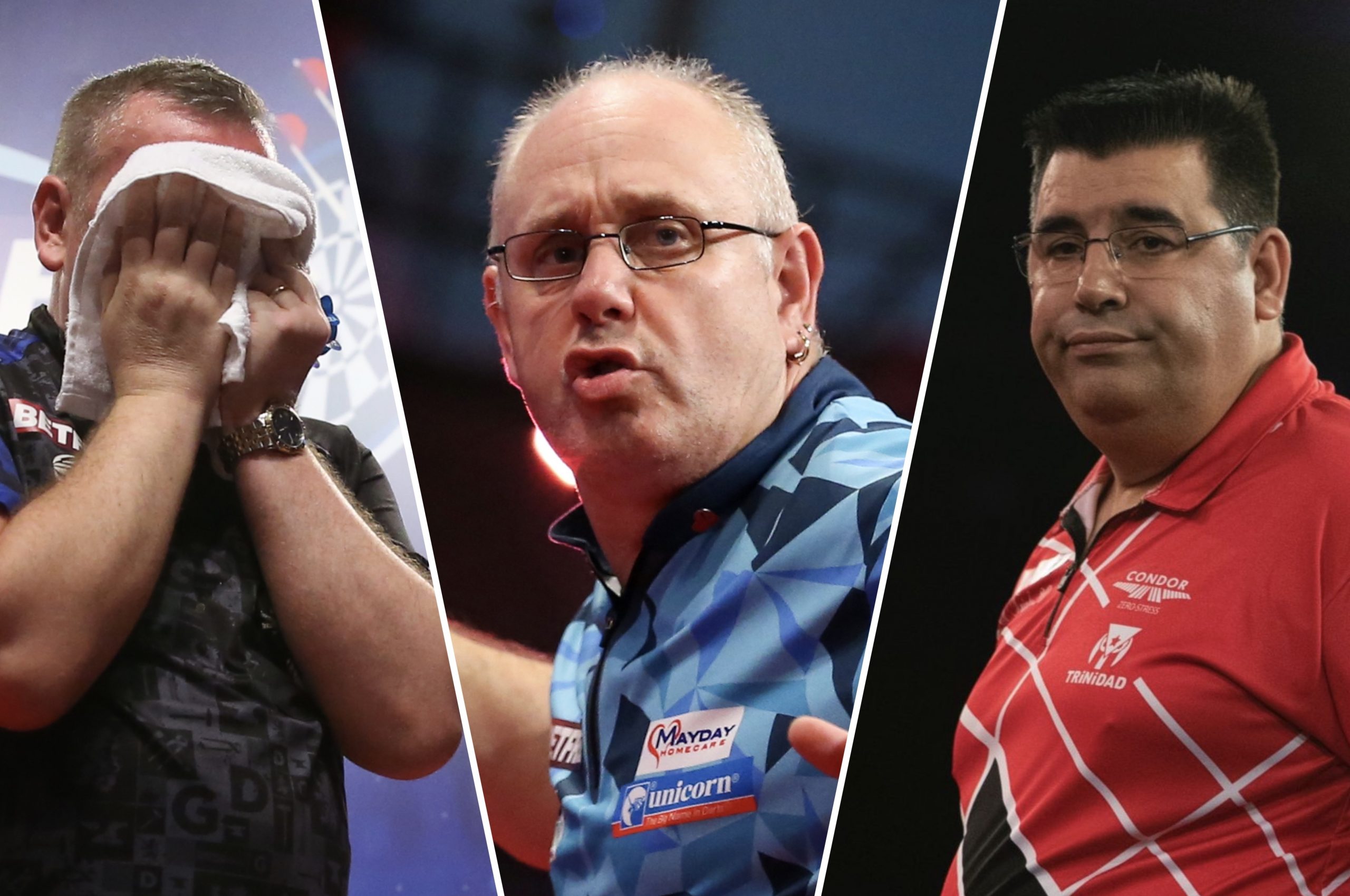 World Matchplay: Five players who could benefit from a behind closed doors tournament

The World Matchplay commences this weekend at the Marshall Arena in Milton Keynes, away from its iconic Blackpool home for the first time since its 1994 inception.

The popular staging will mark the return of televised darts, albeit in a behind closed doors setting with artificial atmosphere being created and fan interactions being projected onto a large screen.

A number of players gain both inspiration and performance level from the audiences that often flock into darting venues worldwide, however, in parallel many may benefit significantly from a crowd-less auditorium.

The 2018 UK Open, which infamously saw spectators forbidden after extreme weather conditions swept across England and beyond, conjured up a series of shock results, including both Robert Owen and David Pallett reaching their maiden major semi-final.

Ahead of what is going to be a rather different World Matchplay, we take a look at a selection of players who may emerge as giant killers in Milton Keynes and could use the behind closed doors environment to their advantage.

When originally looking into this situation and those who could benefit from a behind closed doors scenario, Ian White is a player who immediately leaps off the page.

Despite bringing his long-standing televised quarter-final hoodoo to an end at the backend of last season and winning three European Tour titles, the vast majority of White’s success has come away the crowds.

Without spectators jeering and whistling whilst he takes to the oche for a potentially critical attempt at double, White could reap the rewards. If he brings his floor game to the stage in similar circumstances, the Stoke-on-Trent man could even emerge as a shock new major champion.

Krzysztof Ratajski is a very similar customer on the oche to the aforementioned ‘Diamond’. The Pole has enjoyed prosperousness without the crowds behind him whilst throwing.

Similarly to White, Warsaw-based Ratajski has reigned victorious on the European Tour, having lifted the Gibraltar Darts Trophy in September, but the majority of his most notable scalps have arrived in crowd-less settings.

‘The Polish Eagle’ landed in the PDC’s top 16 ahead of July’s Summer Series, and Ratajski should be considered a firm contender to form a run or even go all the way to lifting the Phil Taylor trophy.

After borrowing the famous nickname of footballing great Jose Mourinho ahead of December’s World Championship, Jose de Sousa is the special one.

The Portuguese sensation has rose to stardom since claiming his coveted tour card in January of last year, sealing two ProTour crowns and taking the recent innovative Home Tour by storm with a series of scintillating displays.

Despite not yet establishing himself as a real challenger in the major tournaments, de Sousa has done away from the crowds. In a deserted environment, the former Madrid concrete worker could emerge as a giant killer.

Reigning world champion Peter Wright awaits the 46-year-old in the opening round, and if their Summer Series performances and statistics are anything to go by, it should be a classic. Both players recorded a remarkable eleven ton-plus averages last week in Milton Keynes.

De Sousa has actually claimed two victories over the Scotsman in their three previous meetings, and many onlookers have eloquently alluded to the Portuguese sensation’s chances in Milton Keynes.

Following the release of his newly-manufactured Target equipment, Gabriel Clemens returns to the Marshall Arena as his World Matchplay debut beckons, whilst becoming the second German to appear in the tournament.

Unlike the four players surrounding the former locksmith in this list, Clemens has reached a televised final in the professional echelons of the sport.

‘The German Giant’ ousted Raymond van Barneveld, Rob Cross and Mensur Suljovic to reach the final of the German Darts Masters last year, but hasn’t quite lived up to the heights he has previously reached in the ProTour cubicles.

Since securing his place on the professional circuit two years ago, Clemens has appeared in three ranking finals – all of those coming in behind closed doors environments.

If the German was to overcome defending champion Rob Cross in the opening round, his Matchplay debut could develop into his first deep run in a major tournament.

Involving a three-time BDO world champion and a three-time major semi-finalist last year alone in a selection of players who could benefit from no spectators may seem illogical, though, Glen Durrant has expressed himself that a crowd-less setting could play into his hands.

Without coming across as disrespectful to an organisation which provided him with a wealth of success, Durrant stated that he played on stage in many tournaments during his time in the BDO with minimal spectators.

Only photographers, filming crew and other event staff will be watching on in the background as ‘Duzza’ takes to the stage throughout the tournament, and the World Matchplay has proved prosperous despite Durrant having only made his debut 12 months ago.

Former semi-finalist Jeffrey de Zwaan will emerge as a tough customer for the two-time PDC ranking event winner, though, it won’t get any easier from there onwards with world champion Peter Wright or Jose de Sousa awaiting the winner.

The Betfred World Matchplay commences on Saturday evening from 6pm at the Marshall Arena in Milton Keynes, with Sky Sports providing live coverage throughout the duration.