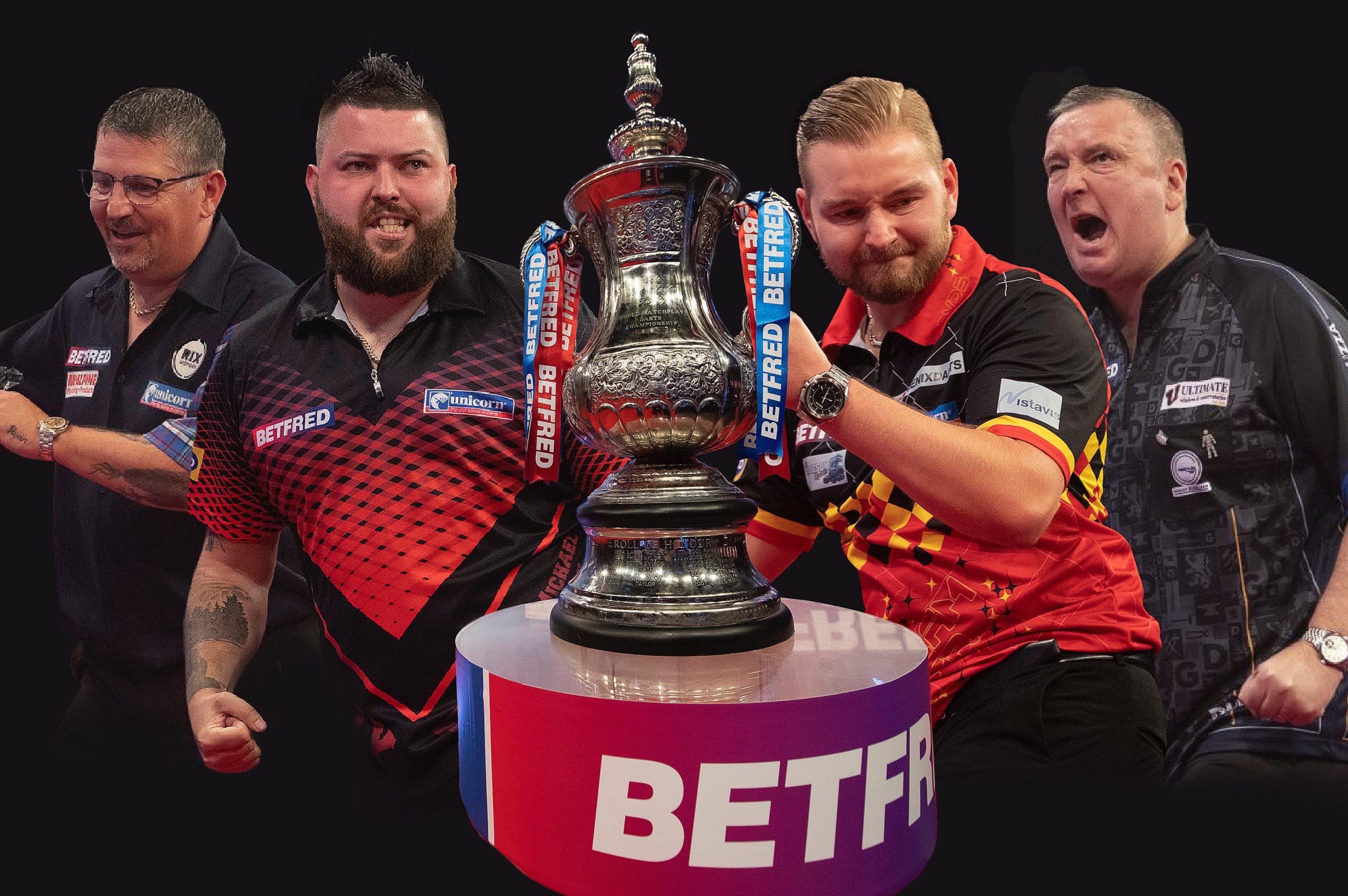 Both Michael Smith and Glen Durrant will make their second successive appearance in the World Matchplay semi-finals.

Gary Anderson returns to the last four lineup for the first time since his triumphant tournament two years ago, while Dimitri Van den Bergh has enjoyed a dream debut campaign.

Whatever occurs on Saturday evening at the Marshall Arena in Milton Keynes, we will witness one of the world’s elite in the final alongside a PDC major final rookie.

“He’s got a good record against me recently and is playing some brilliant darts, I’ve been saying how good he is for years and, although it’s a bit late, he’s finally starting to come through to the top,” said Anderson ahead of his mouth-watering semi-final clash with Smith.

The two-time world champion has been essential in Smith’s rise, mentoring the St Helens man as a youngster and continually supporting his protege even when results weren’t going the way he would want them to.

Having been defeated in the final of virtually all of the major tournaments in the professional echelons of the sport, Smith is beginning to emerge as darts’ nearly man, though, two victories would end that.

Smith has calmly and collectively gone about his business in Milton Keynes, having shed almost three stones of weight during the enforced break, while former champion Anderson has not encountered much trouble.

‘Bully Boy’ comfortably defeated Welshman Jonny Clayton, before battling back from behind to see off the dangerous duo of Austria’s Mensur Suljovic and Poland’s Krzysztof Ratajski.

Meanwhile, Anderson fought past a dogged yet injury-stricken Justin Pipe, prior to ousting James Wade and Simon Whitlock – both of who have performed relatively well in this tournament over the years.

Smith will be vying to reach his second successive World Matchplay final, whereas Anderson will be hoping to make that stage for the second time in three years.

The former Shanghai Darts Masters champion has beaten Anderson in five of their last six meetings, with Smith’s form implying that record could very much be strengthened on Saturday evening.

Whilst Durrant and Van den Bergh compete in the biggest matches of their professional careers, their shared manager Mac Elkin will be relaxed ahead of nerve-wracking Sunday evening, knowing he’ll have a player in the final.

There was little to suggest a deep run from the two-time world youth champion beforehand after a disappointing Summer Series, whereas Durrant was expected to reach this stage if not lift the Phil Taylor trophy by many onlookers.

The three-time world champion has become synonymous with major semi-finals, especially the longer format tournaments – such as the Matchplay and the Grand Slam of Darts – since narrowly winning his tour card at Qualifying School last January.

Durrant was involved in a gruelling and controversy-riddled quarter-final with Vincent van der Voort on Friday evening, with the Middlesborough man stating on multiple times that the better player was beaten.

‘Duzza’ had previously ousted the reigning world champion Wright, following a first round rout of Jeffrey de Zwaan whilst recording an impressive average in excess of the 106 mark.

Durrant thrashed his management stablemate Van den Bergh 8-3 in the Players Championship Four final last February to claim his first PDC ranking title, though, their encounter on Saturday will be held in significantly higher esteem.

Day Eight of the Betfred World Matchplay will see the semi-finals take place from 8pm at the Marshall Arena in Milton Keynes, broadcast live on Sky Sports Action.