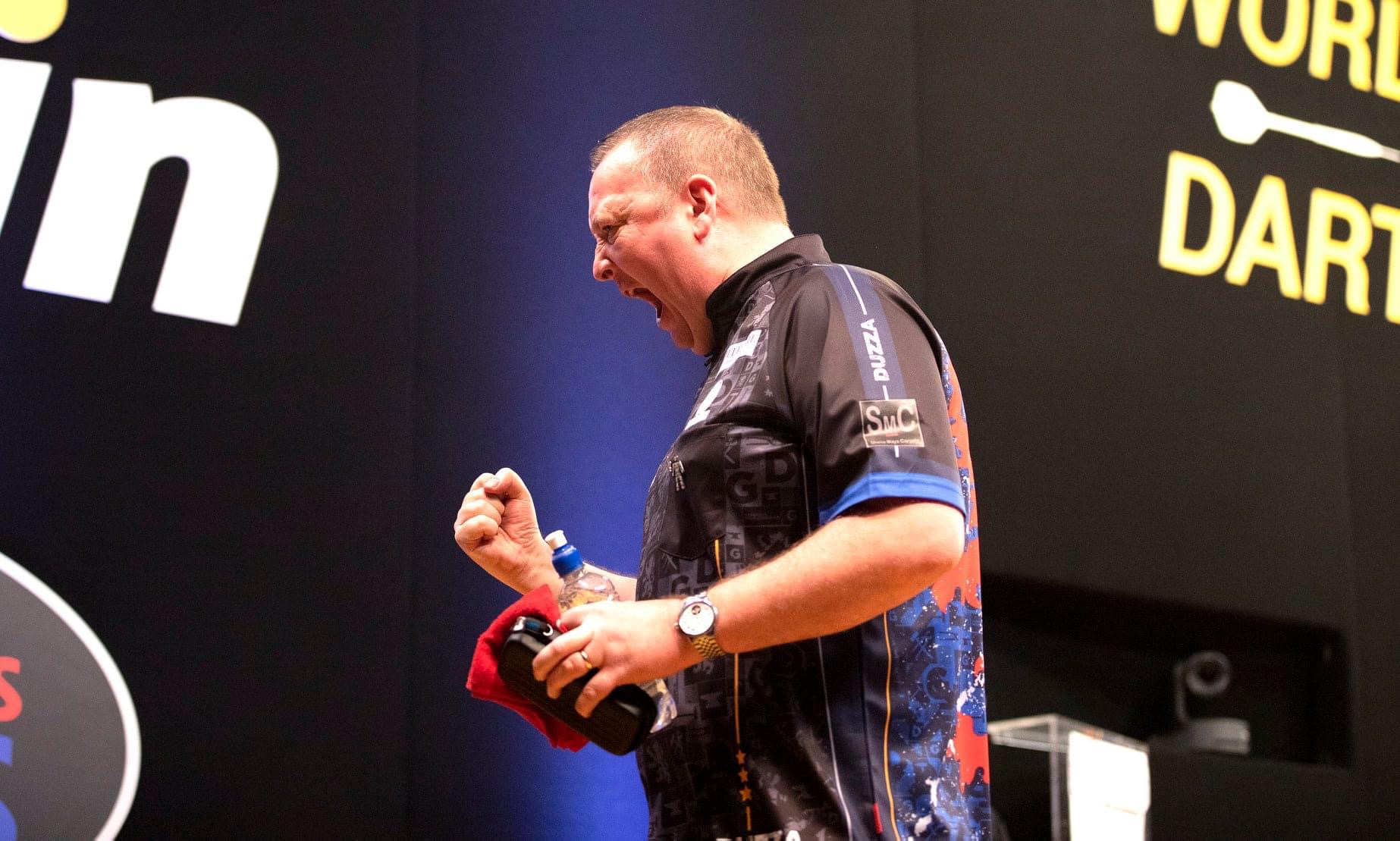 Glen Durrant defeated defending champion Michael van Gerwen in a thrilling affair, while both Peter Wright and Gerwyn Price prevailed as the World Series of Darts Finals resumed in Austria.

Durrant, who overcame newly-crowned World Matchplay champion Dimitri Van den Bergh on debut in the first round, upped his standard to oust the world number one in front of an exuberant crowd on Saturday evening.

Van Gerwen drew first blood in an enticing encounter on paper, with the opening eight legs of the match going with the throw. Both players proved difficult to break in the opening exchanges whilst averaging in excess of the 100 mark.

Durrant sole the darts in the ninth leg of proceedings, punishing his fellow three-time world champion for squandered a dart at double 16 for a 110 checkout, before sealing the deal in the subsequent leg on double tops.

“That’s a great win for me,” said Durrant after claiming a fourth career victory over Van Gerwen in six attempts. “I felt good tonight and I knew what was at stake, I realised I was playing the best player in the world.

“He’s the biggest challenge in the world right now and the second greatest player who’s ever picked up a set of darts.

“My CV compared to him is a million miles away, I think I’ve got an issue in his head, and that could be with the pace, but that’s something he has to deal with, not me.

“I know I’m a good player but this has all come really quickly. I’ve got to be really proud and I believe I’m up there with the best double hitters in the world right now. I’m in a fantastic place right now.”

MICHAEL VAN GERWEN IS OUT!

Glen Durrant just has Michael van Gerwen's number as he beats the reigning champion in the second round of the 2020 bwin World Series of Darts Finals pic.twitter.com/hazi7kD3uq

Van Gerwen was the only seed to depart on Saturday evening as all seven of his fellow seeded participants booked their places in Sunday’s quarter-finals.

Durrant faces James Wade on Sunday afternoon in Salzburg after the multiple-time major champion saw off Fallon Sherrock’s conquerer Jeff Smith in the second round opener.

Canadian Smith claimed the opening leg with a mesmerising 123 checkout on the bullseye, though, Wade imminently responded with two maximums and eventually constructed a 2-1 advantage.

Another ton-plus checkout from Smith restored parity at two apiece, before Wade reeled off three legs in succession to move on the brink of the last eight.

Smith pulled one back following a missed match dart from the 2018 champion, but four visits without a treble handed Wade a comfortable winning leg to reach the quarter-finals.

Elsewhere, world champion Wright breezed into the last eight with a comprehensive win over Australian ace Damon Heta, averaging 101.49 on his way to victory.

A slow start from the reigning Brisbane Darts Masters champion meant Wright would race into an early 3-0 lead, creating problems aplenty for Heta in the early exchanges.

Heta would find his feet and claim three of the following five legs with some excellence in the finishing department, but Wright eventually closed out a 6-3 triumph with a 13-darter.

A 107 checkout in the opening leg set the tone for Gurney as he proceeded to race into a 4-1 lead at the break, with a captivating 124 checkout on the bullseye proving a particular highlight.

Both players pinned maximums following the interval and Harris clinched his second leg of the clash, but Gurney then claimed the next two to secure his place in the final day. 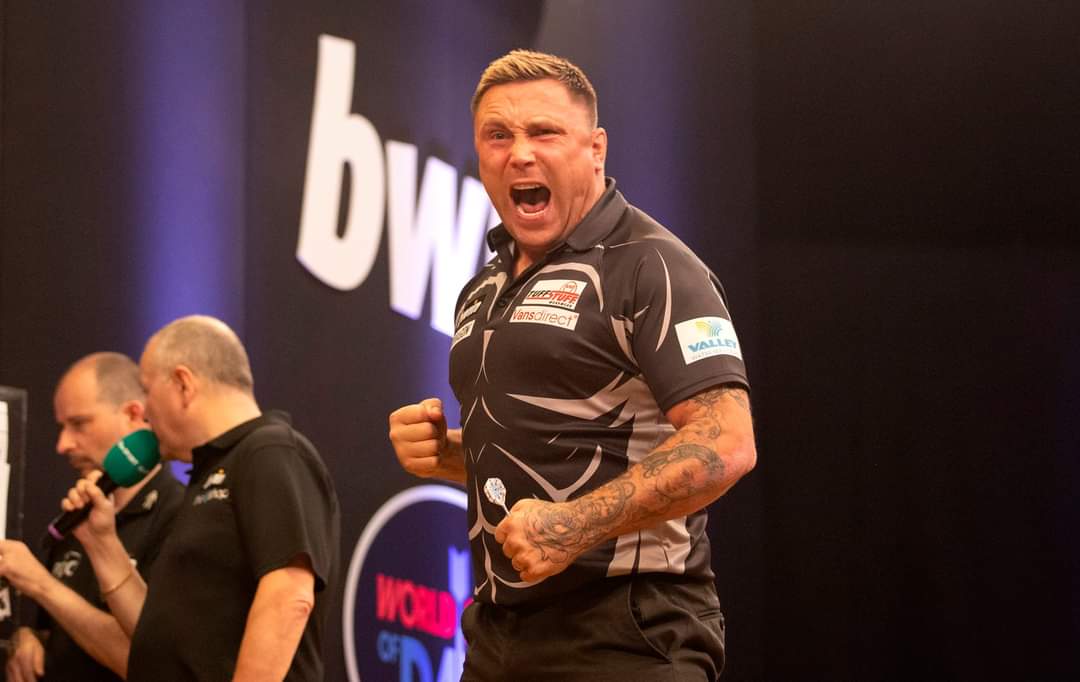 The Welshman immediately broke Van der Voort’s throw in the opening leg and soon after doubled his advantage with a 13-darter, before the Dutchman got on the board following a sloppy visit from Price.

Two-time Grand Slam of Darts champion Price then regained his two-leg lead, but the former UK Open finalist continued to peg him back and halved the deficit to a solitary leg once again.

‘The Iceman’ proceeded to win three of the next four legs, including a marvellous 124 checkout, to seal his place in the quarter-finals and set up a meeting with Nathan Aspinall.

Similarly to both Wright and Price, former UK Open champion Aspinall registered an average in surplus of the 101 mark as well as two ton-plus checkouts in a comfortable win over Lithuania’s Darius Labanauskas.

Krzysztof Ratajski failed to replicate his first round form as he departed at the hands of world number four Michael Smith – who recouped signs of brilliance after a disappointing Autumn Series campaign.

Neither Smith nor Ratajski hit the heights in a topsy-turvy affair, but it was Smith who came from 4-3 behind to set up a last eight clash with former world champion Rob Cross.

Cross whitewashed a well below-par Steve Beaton, with the out of sorts veteran averaging a mere 75.97 whilst being handed an emphatic defeat up against the Hastings thrower.

The World Series of Darts Finals continues on Sunday in Austria, with the quarter-finals taking place during the afternoon session followed by the semi-finals and final hours later.