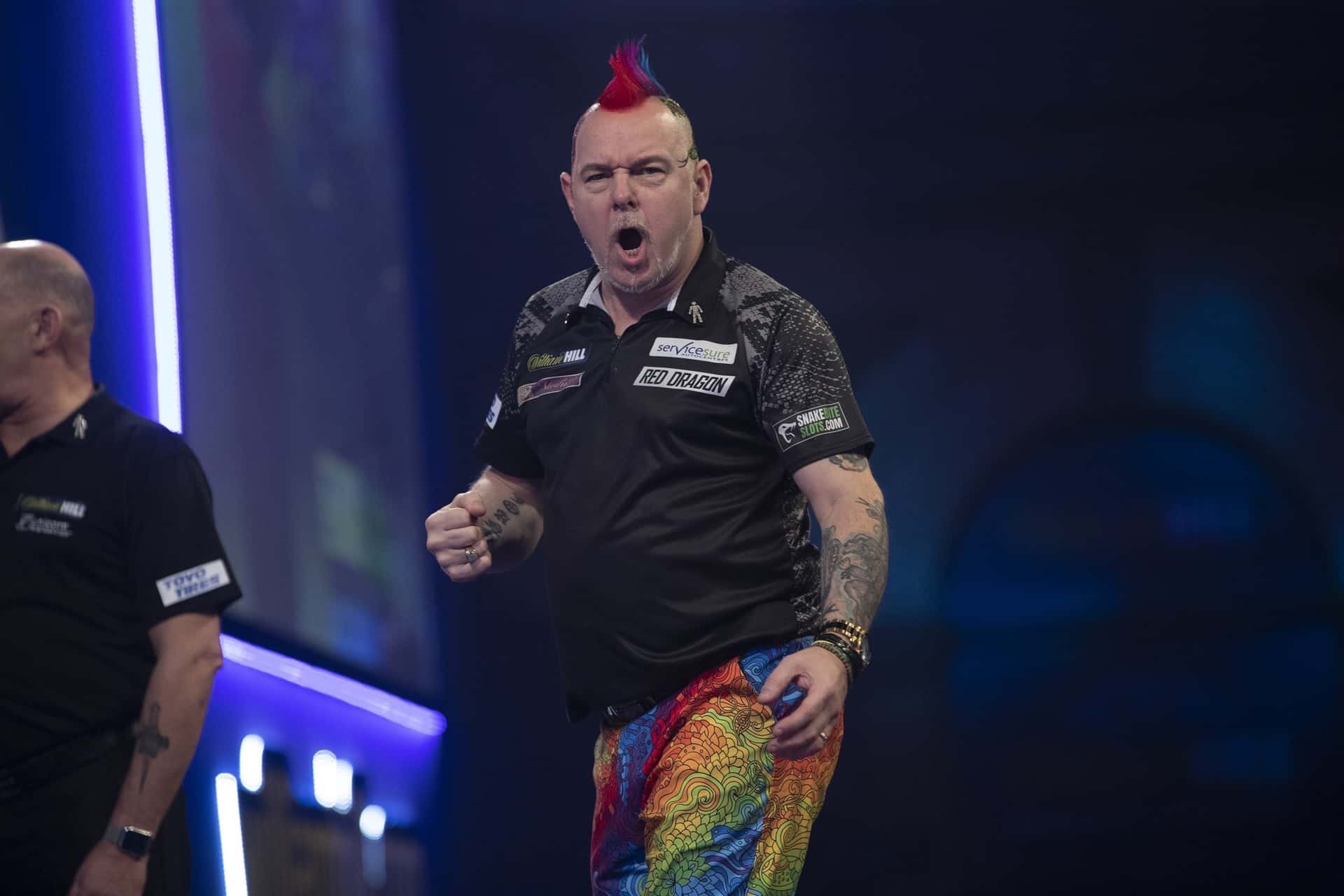 Michael Van Gerwen will look to defend his PDC World Darts Championship title against Peter Wright on New Years Day as the pair won through on Semi Finals night at Alexandra Palace.

Snakebite won his way through to the final following a foul tempered semi-final against Gerwyn Price whilst a late surge by Van Gerwen saw him outmuscle Nathan Aspinall as both games ended 6-3.

Wright beat a below par Price whilst retaining the form which saw him demolish Luke Humphries in the Quarter Finals.

After Price vowed in an interview to “smash” Wright 6-0, it was the Scot who took the opening set, which prompted him to goad the Iceman over the statement.

But, the games most controversial moment came at the end of set two where Price levelled the game before a coming together of the two players at the end of the set.

Price would go on to win set three to gain a slender 2-1 advantage over the World Number 7 before that advantage would be clawed back a matter of legs later.

And the Iceman would be left further frustrated after missing the big number for a finish in the last leg of set 5, for Wright to step in and retake the initiative.

But when Snakebite looked as if he would pull away, Price pegged him back winning set six 3-1.

Wright would get his nose back in front in set 7 following a deciding leg where both players had the chance to go 4-3 up.

The seventh set win seemed to be the straw which broke Price’s back as the 2014 finalist raced his way back into the sports showpiece game, and despite missing four match darts in the fourth leg of the ninth set, Snakebite would hold his nerve to book his place into a second World Championship final.

A frisky encounter and one which didn’t end in a handshake, as both players left the stage before exchanging pleasantries.

And in a heated post match interview, Wright was left upset by Price’s antics on stage.

He said: “I like him (Price), but I don’t appreciate what he did. He wanted me to concentrate and I did, there you go, you lost.”

Wright will face the man who denied him his World Championship crown six years ago in Michael Van Gerwen after he denied Nathan Aspinall a first shot at the world title.

In a game which seemed to be dictated around deciding legs in sets, Aspinall missed a dart at double six to win set one before MVG punished.

However, the Asp would claw his way back into the second semi-final breaking the reigning champion back after losing throw in the opener.

And each of the opening five sets of the game would be won by the player who threw second in the odd numbered legs.

But set three shouldn’t have followed that pattern, seizing the initiative Aspinall couldn’t finish the job on throw before MVG put himself back in front.

Another tense last leg decider loomed in set 4 and it was Aspinall who held his nerve to take out 110 checkout and make it 2-2.

The Asp missed a dart at tops to lead 3-2, a miss which the three times champion would pounce on to take the advantage at the half way point.

Van Gerwen would open up the first two set buffer of the game going infront 4-2 with a set average of 110.

When it seemed as if the World number one would run away with the semi final, Aspinall held his nerve to keep MVG within touching distance as he took advantage of missed doubles from his opponent.

Another last leg decider for the Englishman came and went a matter of legs later as Van Gerwen put himself to within a set of the finishing line.

The finishing line which he would run to, despite not hitting the heights, with a 3-1 set win and book his place in the final against Wright.

And talking about the rematch of the 2014 finale, he said: “Normally he’s runner-up in finals against me, so I hope I can keep it that way.”