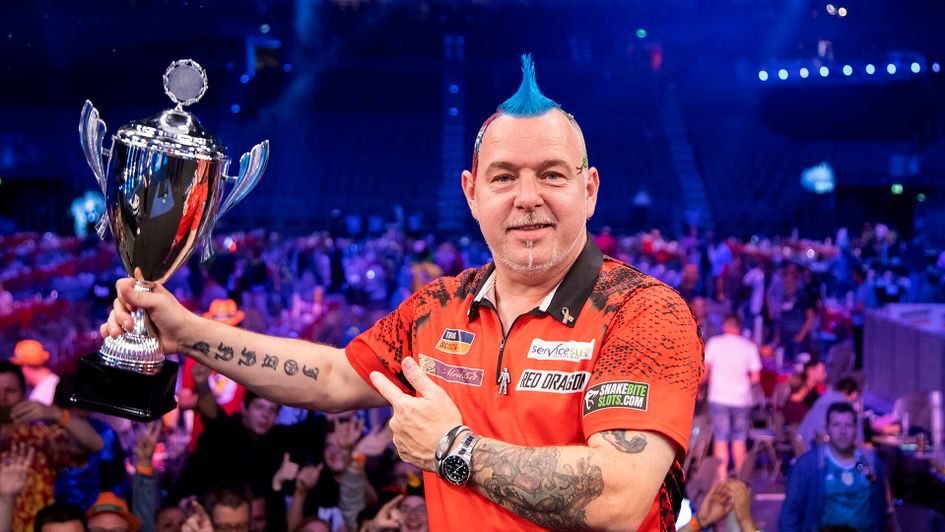 Peter Wright lifted his first PDC title of the season as he defeated Germany’s Gabriel Clemens in Cologne to reclaim his German Darts Masters crown.

Wright, who’s last PDC title was a Players Championship victory back in September, reigned victorious in front of a hostile partisan crowd, sealing a third World Series title in the run-up to the World Matchplay in Blackpool.

It was Clemens who opened up a 2-0 lead in the final, before an impressive 116 checkout from ‘Snakebite’ halved the deficit. The ‘German Giant’ regained his two-leg advantage imminently as he pinned a 134 outshot utilising two double tops, with his opponent sat on a two-dart finish.

Back-to-back legs won on double 10 followed for Wright as he levelled up proceedings at three-a-piece, before both players pinned tops to keep the final in a stalemate fashion.

Then, the final changed. Clemens began to squander opportunities on the outer ring, whilst Wright found legs of 11 and 16 darts to open up a lead for the first time. The next three legs went with throw, but Clemens’ hopes were scuppered as Mendham-based Wright threw some astonishing arrows in the final leg, and therefore clinched the £25,000 title.

“It feels great to win this title again,” Wright told pdc.tv after lifting the title. “I thought I was in the form to win it but you never know because there are so many good players who can beat you.

“There were a few moments where I was lucky but I think I was skilful enough and mentally strong enough to win it. I’m coming back to my best but I’m not there yet.

“I’ve played Gabriel a couple of times and he’s an amazing player, hats off to him. German darts has gone through an incredible rise and it’s only going to keep growing, this tournament showed that.”

Prior to the final, Wright had already got the better of German hopefuls, Robert Marijanovic and Nico Kurz, as well as trouncing James Wade in a 8-4 win, averaging 96.30.

Elsewhere, it was a valiant performance from 35-year-old Gabriel Clemens, who saw off Raymond van Barneveld, Rob Cross and Mensur Suljovic – three majors champions – during an inspired run at the Lanxess Arena.

Clemens wasn’t the only German to star in Cologne as Martin Schindler and Nico Kurz dumped out Michael van Gerwen and Gary Anderson, respectively.

Schindler fought back from 5-1 down against an out-of-sorts world number one, while 22-year-old Kurz nailed the 170 checkout on his way to a monumental triumph.

The World Series will resume from August 9-10 as we travel Down Under for the first of a triple-header in Brisbane.

Brilliant from Bennett as Kovacs stuns Greaves in Ankara