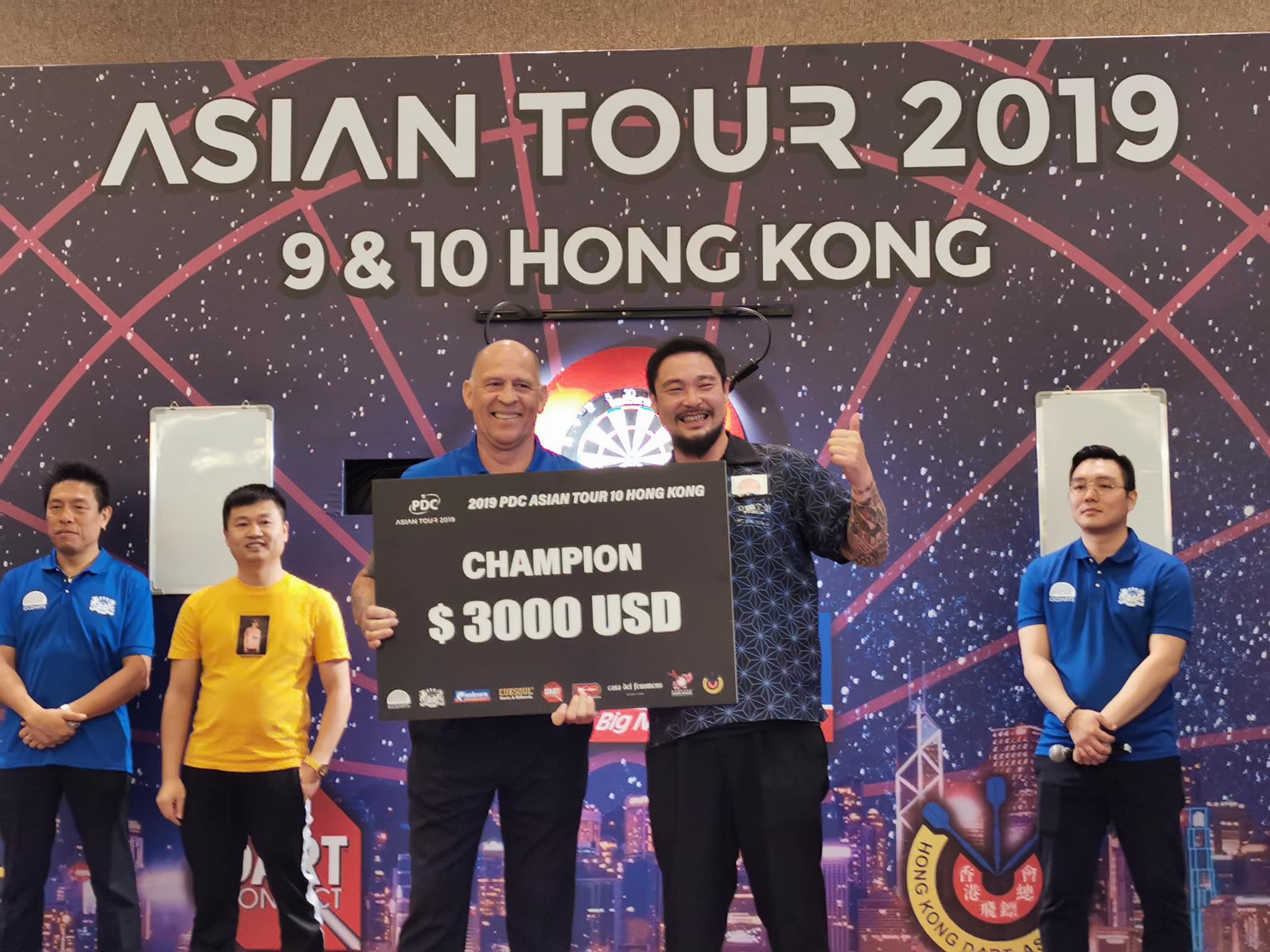 As the PDC Asian Tour debuted at Hong Kong’s Kowloon Bay Exhibition Centre, it was a recognisable winner in the legendary Paul Lim and a not so obvious candidate in Japan’s Yuki Yamada who reigned victorious.

Lim eased to the Asian Tour Nine title, dropping just eight legs in the process. He opened his bid with a 5-0 whitewashing of Chaiyan Pai-A-Ree, before thrashing Daisuke Akamatsu 5-1, averaging 86.4 in a dominant display.

Back-to-back 5-2 victories over Alex Hon and Haruki Muramatsu followed as the ‘Singapore Slinger’ made his way into the semi-finals.

His best performance of the day followed as he averaged 90.8 and hit 50% of his darts at double to defeat Noel Malicdem 5-2 and move into his third Asian Tour final of the year.

Lim enjoyed a rout at the final hurdle as he beat China’s Zong Xiao Chen, 5-1. Zong became the first Chinaman to reach an Asian Tour final, just days after a number of Chinese prospects traveled to England in order to visit the JDC Headquarters and the World Matchplay.

The 65-year-old Singaporean suffered a narrow defeat in the Event 10 final at the hands of Japanese ace, Yuki Yamada, but managed to seal his 13th PDC World Darts Championship appearance thanks to his exploits in Hong Kong.

Yamada, a 36-year-old darter from Fukuoka in Japan, lifted his maiden PDC crown. His title-winning campaign got underway with a whitewashing of Ryan Ocampo, before impressive victories over 2019 World Darts Championship participants, Lourence Ilagan and India’s Nitin Kumar, put him into the last eight.

‘Yammer’ denied his Japanese compatriot, Kunimasa Makuuchi, in the quarter-finals, prior to edging out Joe Fu Ki Ng and Lim in the final.

Elsewhere, it was disappointing home PDC Asian Tour debut for Royden Lam, as he exited at the first hurdle on both days, while Seigo Asada performed in similar fashion, winning just one match across the weekend.

Noel Malicdem continued his surge to make it back-to-back World Darts Championship appearances as he enjoyed runs to the semi-finals and quarter-finals, respectively.

The 2019 PDC Asian Tour will conclude in Singapore as the circuit debuts at the AUPE Club. Lourence Ilagan and Paul Lim have secured their places at the World Darts Championship, and another two will join them.

Delight for Aiba and Ouchi at the Japan Open